The Dating Scam That Beats Them All 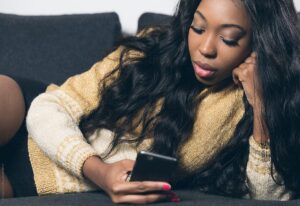 That Beats Them All

Catfishing is a scam where someone creates a completely false identity to deceive, harm, or just toy with another person online. The most common reasons for catfishing are boredom, loneliness, and revenge. Some common traits of a catfisher are a history of compulsive lying, abuse in their past, and low self-esteem.  Catfishing is often employed for romance scams on dating websites.  Despite published warnings, there were more than 50% more catfishing victims last year than there were three years ago.  The question is if we know they’re out there, why are they still so alluring? Catfishers use stolen photos of attractive people and impersonate them. They’re also highly skilled at manipulating others into trusting them. Some move fast while others take years developing relationships with the people they swindle. But across the board, catfishers share one thing in common: they always have an excuse why they can’t meet you in person.

Some popular catfishing schemes are when pedophiles use fake identities to lure underage children into a relationship. Some catfishers pretend to be business associates to steal your money. Others are sexual offenders, rapists, and murderers looking for victims.  Still, other catfishing enthusiasts are merely playing around, toying with people’s emotions for fun because they are bored or mentally ill.