The Gossip Gazette – Scoops From All Over

Scoops From All Over 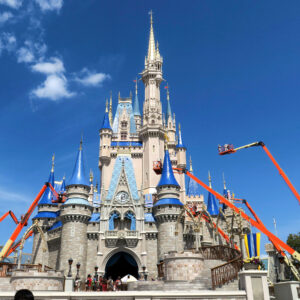 Orlando – We hear that just as a well-known “star type” businessman from Atlanta attempted to be seated next to his new bride in one of those beautiful horse-drawn carriages Disney World, an “ex-girlfriend”, who claimed to be current, showed up, jumped in between them and refused to move.  Park police were called and four men and handcuffs were needed to subdue her.

Las Vegas – Talk about happy endings.  A woman went alone to Vegas and was stood up at the airport by a new “male friend” who invited her there for a weekend stay.  (He never showed up or answered his phone) She ended up winning a $50,000 jackpot in the airport while she waited, and meeting a handsome stranger who happened to live there.   They became friendly and he showed her the town for the whole weekend.

Seattle – At a recent “Who Can Bring The Prettiest Girl Party” (which is an annual gathering of old college chums who secretly compete for a grand prize of $500.00) the winner brought a transvestite and didn’t know it.  He had to fork over his winnings when the truth became known.  The laughter could be heard in another state..

New York – This just in.  Three beautiful sisters (genetically) were crossing one of the many bridges that connect the boroughs in an old dilapidated SUV when it broke down during rush hour traffic.  Out of the maze of honking horns came a tall handsome stranger in a limo, who whisked the distressed damsels off to a car dealer and bought them a brand new Toyota, and never revealed his identity.  It is said that he told them in a very British accent, they were too beautiful to be riding on “ragged wheels.”  So, it does pay to be beautiful.

Washington, DC  – A cab driver got a $200.00 tip from a passenger after she ordered him to chase down a car that held her “man ” and another woman.  After they caught up with the car, the very well-dressed pursuer pulled out a gun and shot out all four tires of the other vehicle, and jumped back in the cab.  No word on where he dropped her.

Dallas – A real smart corporate cutie from Chicago relocated to Texas in May, and met the man of her dreams when she went to take horseback riding lessons.  She had already predicted to disapproving friends that she would meet her husband in the wide-open spaces of the big state, and she did.  The wedding is planned for November.