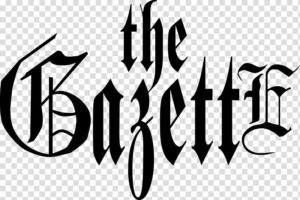 Lady On The Fast Track … Las Vegas:  An accountant visiting here from Chicago won $250,000 on a slot machine on Monday, and the next day won $160,000 on another slot machine at a different hotel.  She went back home, packed her bags, and flew to Reno for a quick divorce from an abusive husband of three months. A month later she moved to Paris, (she’d always dreamed of living there) got a job and met and married a musician, all within three months.

A Grand Rescue… Washington, D.C: A woman being mugged on a dark street was rescued by a passing stranger, who happened to be an off-duty policeman.  Her gratitude and his kindness turned into love after they began dating shortly after the incident.  It all began when he brought a Gucci bag to her office the next day to replace the one snatched from her.   Four months later, they were married at City Hall.

Fate? …Orlando: An adventurous doctor from New York went to Disney World alone and met the man of her dreams at Epcot.  He was a vacationing hotshot lawyer from New York who had gotten separated from his teenage son.  She offered to help him and they found him together. They ended up exploring the park together and love bloomed under the ubiquitous eyes of Mickey and Minnie Mouse.  They married three months later in Bermuda.

Double Standard …Atlanta: A pretty real estate exec, caught her “honey man” in a darkly lit restaurant in a real cozy position with his best friend’s sister, and she turned over the candlelit table on both of them.  Later, she told police, she was angry because he had never taken her to an expensive restaurant in their three years of dating.  Ironically, she was there on a first date with a new guy, when she spotted the couple and went into a rage.

Rude Or Real? …New York:  Two women double dated for dinner on a blind date with two guys, one of whom was very blunt and told his date that he preferred her friend.  He then made the announcement to the table, and the friend admitted she was equally smitten.  The other couple was so shaken by the drama of it all, that they ended up leaving the new couple in the restaurant and going their separate ways at the door.  But was it worth it?  The “smitten” couple lasted all of two weeks, and the female half lost her best friend in the shuffle.