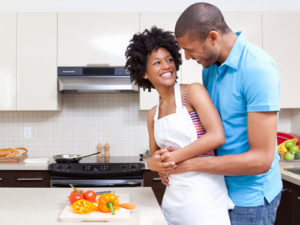 Q.  I am really upset as I write this because I really don’t understand men. I’ve been dating a guy for a little over four weeks who had been pressuring me to have sex with him because he was interested in a “committed relationship.”  I held out because my gut told me he wasn’t sincere, even though he claimed he was.  And sure enough, shortly after we became intimate, he told me that his head just wasn’t ready for the kind of commitment I wanted and it wasn’t fair to continue the relationship since we weren’t on the same page. I am writing to you because I want revenge.  I want to do something to hurt him other than slashing his tires.  Do you think I’m justified?  I feel my dignity has been violated.

A.  No I don’t. In fact, I don’t understand your anger. The only person you should be angry with is yourself. Sounds like you should have followed your instincts and held onto your dignity. Remember, you are responsible for your maintaining your dignity…not him.

Q.  What do you do when you see a guy who you’re really attracted to and you want to get his attention? I work with a guy whom I’m desperate to get him to notice me. Please don’t tell me to be assertive and ask him out.  I am not the aggressive type, but I am very interested in getting him to see as a woman and not just a co-worker.

A.  I say, try inviting him and two other people from the office out for drinks after work for a co-worker social. Be sure to invite two other people you’d like to get to know, and if he shows up, show your stuff.  Be funny, interesting, and above all appealing.  However, it’s important to be friendly to everyone.  Don’t focus all of your attention on him.  Look for signs during the evening to see if he’s interested.  A woman can always tell when a man is interested.  Pay close attention.  If this doesn’t work, forget it, and look to see if he makes a move in your direction.  The one thing you are doing here is simply putting yourself in his way in a different light other than work.