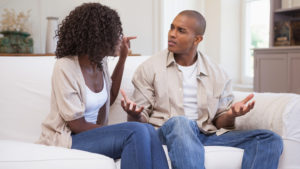 I have confused feelings about a woman I broke up with.  I want her, but not the relationship.

Q.  I was dating this woman several months ago who I really liked. But we had two different agendas.  I wanted to do casual dating and she wanted monogamy and commitment.  I had just got out of a marriage and I wanted to enjoy my freedom.  When I explained this to her, she said she didn’t want a casual relationship and she was moving on.  We parted amicably, but I can’t stop thinking about her.  I saw her out the other night with another guy and I’ve been disoriented ever since.  The thing that disturbed me was that she seemed okay without me.  I want to be with her, but I don’t know how, since I can’t give her what she wants.  What should I do?

A.  Stay away from her, until you can.  You are momentarily confused.  You want her, but you’re not ready for commitment.  And obviously, you know you can’t have her without it.  Whatever you do, don’t fake your intentions for the benefit of her company.  You don’t want to confuse her with actions that could be misleading, especially since you could just be reacting to a sense of jealousy.

Q.  I have a serious problem with an ex-fiancee who refuses to let go. She follows me everywhere and accosts me verbally on the street whenever she sees me.  I have tried everything from lengthy phone talks to threatening bodily harm.  But she won’t stop.  She calls the job and leaves obscene messages with my secretary, and she also calls my mother in the middle of the night and screams at her about me.  I have gone to the police, but nothing has worked.  Any suggestions?

A.  I would try reverse intimidation. I had a friend once who had a similar problem and here’s what he did.  He had his phone numbers changed…informed his employers that he was being harassed by a former girlfriend…and paid two gang-banging cousins to pay her a visit and pretend to be hired hoodlums.  The harassment stopped abruptly and he got on with his life.