You Be The Judge! Are These The Worst Boyfriends Ever?

You Be The Judge! 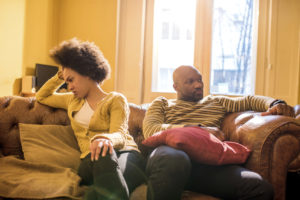 Are These The Worst

Rick The Rogue – Sara had been seeing Rick a while when she caught him in bed with her roommate.  When she confronted them, he became belligerent and began beating her.  When he finally left, he stole her purse with over $400.00 cash in it, on his way out the door.

Lenard The Loon – Len broke up with Carla by having her meet him at a local club, and introducing her to his new girlfriend, while a couple of his friends stood by laughing.  Later, she found out he’d won a $300.00 bet from his buddies because they bet him that he wouldn’t dare do what he did.  In an act of revenge, Carla spray-painted the word JERK on his white BMW convertible with red paint three days later.

Nate The Notorious–  Nate and Elaina went on a Caribbean cruise together with a group of his friends.  On the second day of the cruise, Nate disappeared from the cabin in the middle of the night after Elaina went to sleep.  When she woke up and found him missing, she went looking for him and discovered him on deck in a sexually compromised position with his buddy’s girlfriend.  She went back down to the cabin and threw all of his clothes and luggage overboard.  After he threatened her, she slept on a deck chair each night for the remainder of the cruise under the protection of the ship’s security.

Tony The Swindler – Alicia had known Tony for three months when he proposed marriage and they began saving their money together for a Christmas wedding.  By Thanksgiving, they had over $5000.00 saved, and most of it was Alicia’s money.  One week after Thanksgiving, Tony withdrew all the money out of the savings account and left town without a word.  Alicia hired a private investigator and discovered Tony was a bigamist, with three different wives in three different states.