The Power Of Confrontation

The Power Of Confrontation 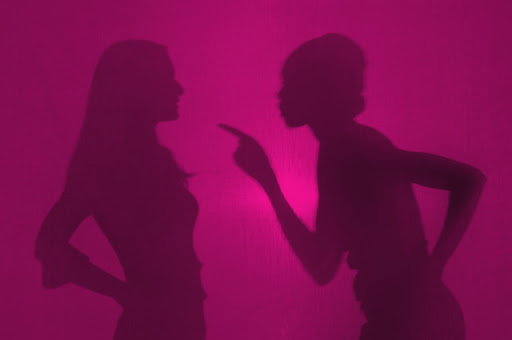 We are all afraid of something, but too many of us live our lives with fears that paralyze us, and affect our quality of life.  There is the man who is brave enough to go off and fight a war but cannot tell a fellow soldier that he offended him greatly with a remark he made during a card game.  All around me I watch, as people succumb to their fears and give up their self-respect and walk around in resentment.

I listened again the other night as a friend “ventilated” about all the injustices in her life, which she usually shares with any compassionate ear willing to listen.  Sadly, every one of her issues reflected her cowardice in addressing those things, which bring her grief, i.e., a wayward boyfriend who disrespects her regularly, a boss who snarls at her unnecessarily, unruly children, and “friends,” who don’t conduct themselves as such.

She suffers constantly because she is afraid to make a move toward her own state of peace. Her position statement…”I don’t like to argue!”

Whenever I ask my usual question concerning her lack of bravery in addressing these issues, which I usually follow with advice on what to say and do, she responds with her usual answer, “confronting people is just not comfortable for me.  It’s not who I am.”  Unfortunately, her answer is the theme song of many, who amber along life’s path in what I call, “victim mode,” and have resigned themselves to a life of passive resistance.

This means that somewhere deep in their psyche, they are in hope that the offenders in their lives will somehow tire of their inappropriate actions and stop, take pity on the object of their abuse and change, or form some guilt about their behavior and promise to do better.

Too many people are “deathly” afraid of conflict and therefore lead a life of submission and restraint where they accept and tolerate the unacceptable.  Unfortunately, those with this problem usually end up in the back row of life, hoping to get to the front through the benevolence of others.

I received a letter from a reader, who wrote to me about her rise from cowardly living to a courageous lifestyle. She also had a list of issues where her fears were dominating her existence.  She was a victim of domestic abuse from a live-in boyfriend, whom she moved into her apartment, and had suffered the betrayal of friends and family for years.

She told how her boyfriend would slap her if she asked the wrong question, and stomp her whenever she refused to give him money.  She told how friends had stolen from her and how she was afraid to confront them or vacate them.  She wrote that she lived in misery daily and felt imprisoned by her own fear, until the day she finally made up her mind to change her existence.

It began when her boyfriend slapped her in front of a delivery man because she raised her voice when he asked her a question.  She went out, bought a gun, and ordered him at gunpoint to move out of her house. This act alone, made her feel liberated and free to confront the other issues in her life. She became what she called, “self-focused” and cleaned out her “trouble bin” with a new determination to be fearless.

Those who have the courage to confront their fears, whether it is speaking up to someone with a bully personality, confronting an injustice, or moving distinctly out of harm’s way emotionally, stand way above the crowd, because they are of a rare breed.  They’re in an elite club because they are not ruled by the perceived “consequences” associated with bravery, which the common folk sees as roadblocks.

Many just lack the self-confidence it takes to say or do what needs to be said and done to protect one’s self.  With that said, seek out ways to learn how to become your own hero, as you begin to battle your fears and gain the rewards.  Remember, respect is more commanded than bestowed.

Bonita Bennett, founder, publisher  Of Being Single Magazine and a former TV/radio personality, is the author of the books “How To Catch & Keep The Man Of Your Dreams,”  and The Coming Of Dawn.  She is also a nationally recognized life coach/relationship expert and noted motivational speaker, whose life-changing counseling techniques, classes, and innovative workshops on life-skills, inter-personal relationships, conflict management, and problem-solving are well-known in her field.  Bonita Bennett is also the editor-in-chief of Being Single Magazine.   Be sure to get your copy of her two books…Meanwhile, read the excerpts from the mystery novel…The Coming Of Dawn and How To Catch & Keep The Man Of Your Dreams.