Women Who Made History – V 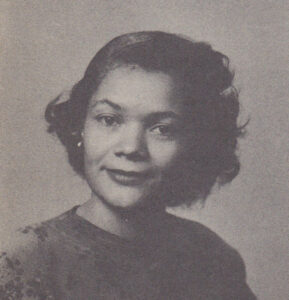 Carolyn Parker (1917-1966) was the first African American woman known to receive a graduate degree in physics and subsequently work in the top-secret government project, known as the Manhattan Project.  Carolyn Parker was born into to a very educated and established family in Gainesville, Florida.  Her father was a medical doctor and also the second African American to receive a Ph.D. in business in Harvard, and her mother’s sister was one of the first African American women to receive a Ph.D. in geology. Carolyn graduated Magna Cum Laude, with a degree in Mathematics from Fisk University and later a Master’s in Mathematics from the University of Michigan. She later went on to do her doctoral studies at MIT and received a Master’s degree in Physics, but was not able to complete her Ph.D. due to leukemia, which she thought was caused by working with the radioactive material polonium associated with The Manhattan Project. 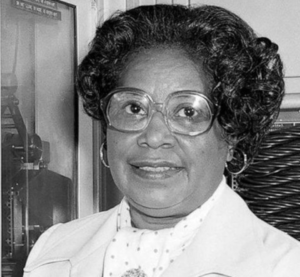 Mary W. Jackson (1921-2005) was a mathematician and aerospace engineer who in 1958 became the first African American female engineer to work at NASA. Much of her work centered on the airflow around aircraft. When she was denied management-level positions, Jackson took a demotion to become manager of the women’s group at NASA. .  Later in her career,  she also headed up programs that influenced the recruitment and advancement of women at the agency in areas spanning science, technology, engineering, and mathematics. In 2020, NASA honored Mary Jackson at a ceremony in Washington, D.C., by naming its headquarters building after her. 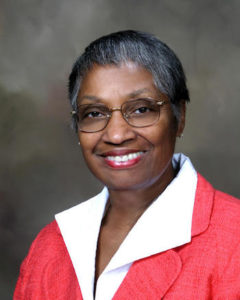 Alexa Irene Canady (1950- ) is a retired medical doctor specializing in pediatric neurosurgery. She earned both her bachelor’s and medical degree from the University of Michigan. After completing her residency at the University of Minnesota in 1981, she became the first black woman to become a neurosurgeon.  Canady specialized in pediatric neurosurgery and was the chief of neurosurgery at the Children’s Hospital in Michigan from 1987 until her partial retirement in 2001. In addition to surgery, she also conducted research and was a professor of neurosurgery at Wayne State University.  In 1989, Canady was inducted into the Michigan Women’s Hall of Fame, and in 1993 she also received the American Medical Women’s Association President’s Award.