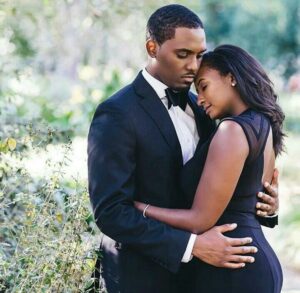 When my match-making friend Beth first pointed Don out across the room and told me she wanted me to meet him, I balked.  I could tell long distance that he was not my type. He was too tall for me and I could hear his laughter from across the room. He seemed boisterous and I preferred guys who were low-key with a cool exterior.  “He’s not my type!”  I told her dismissively.

“What about the guy standing next to him on the right?”  I asked with a wink.  He was more my type.  He was lean, the right height and I liked the way he was dressed.  “He’s married and he’s a jerk!” She said laughing.  “Come on,” she insisted, “you’ll love Don. Remember, smart women, don’t judge books by their covers.  They dig into the “pages” before they make a judgment!”

It turned out she was right.  Don was an absolute delight, and we ended up dating for over two years.  The relationship ended when he got another girl pregnant.  But I learned a lot from that experience.  When I met Don, I shifted my focus from what I thought I wanted and opened myself up to new horizons as far the opposite sex was concerned.  Here is what I learned:

People who are flexible in establishing who they’re willing to go out with have more options than people who aren’t. Don’t panic; we’re not talking about lowering your standards or “settling” for someone in whom you have no genuine interest.  Type-shifting is taking a closer look at yourself, as well as other people, and learning what truly matters to you.

After all, wouldn’t you be offended if you overheard someone you were attracted to, say you weren’t his/her type?  You’d probably think they were shallow for sizing you up too quickly and stereotyping you.  And you’d be right.

Type-shifting occurs when you begin to develop a new, more open attitude toward the people you meet. Type-shifting allows you to give up daydreaming and take a realistic look at who is actually walking through the door.

This doesn’t mean you’ll end up dating all the people who return your smile, but you might just surprise yourself when you see how your base of interesting prospective dates begins to grow.