The Dating Chronicles – A Change In Taste 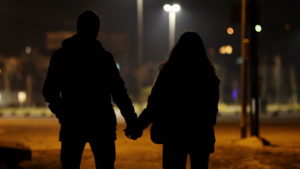 A Change In Taste

Mark couldn’t make up his mind, as he stood watching the table where five women sat engaged in animated chatter, laughing in sync with the comedian’s jokes.  From across the room, he did his usual calculations, as he considered them all, in his search for one.

He could tell that the least attractive one was the most approachable.  She was looking around the room, smiling at men only.  The prettiest one had a distinct air that signaled to all men of generic status that they had to be name brand to approach her.  She had what he called “a snob shield.”  The other two were attractive but too overdone for his taste.  He disliked women who adorned themselves like Christmas trees.  The cute one seemed grounded and warm, as he watched her interact with the waiter.

When she smiled at a couple seated at the next table, he knew she was the one he wanted to meet.  He also knew that he fit the profile, and would have no trouble gaining entry to the obstacle of five women sitting together.   As he walked toward the table, he got excited as he saw that the one he wanted looked even better up close.  He knew he was smart to study a group of women from afar, before he approached them, and it had always worked.  However, just as he was almost there, another guy walked up and asked “his girl” to dance.

When she accepted, Mark turned back.  This time he had blown it.  He had taken too long to get there, and a like “profile” had beaten him to the draw.  Suddenly, he felt a tap on his shoulder.  He turned to see the least attractive one.  “Would you like to dance?”  she asked, displaying a gorgeous set of teeth.  “Sure,” Mark replied, as she grabbed his hand.  They ended up spending the rest of the evening together and later leaving the club holding hands.   They began dating  and when she proposed two years later, he accepted.