How Long Is Too Long To Be A Girlfriend? 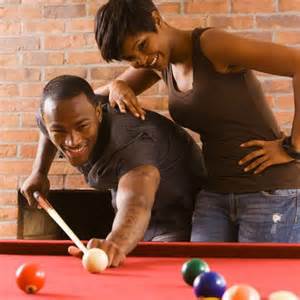 How Long Is Too

Long To Be One?

Voices On The Subject:

Tiffany – “As far as I’m concerned. One year is long enough if marriage is on your agenda. I dated a guy for five years who never mentioned marriage. Though it was my desire, I didn’t mention it either out of pride. In the sixth year, he dumped me and married a woman he’d only known three months.”

Andrea – “I was a girlfriend for ten years to the same man, and he ended up leaving me and moving in with another woman, after promising for years to marry me. I say, two years is long enough, and in some cases, that may be too long. I’ll never be a long term girlfriend again.”

Karla – If a woman’s goal is to get married, she should set a goal line for herself and stick to it. The average guy doesn’t come into the relationship with marriage on his mind, so it’s up to the woman to spell out the rules for herself. I know too many women, who’ve been in dead-end relationships for years, waiting on the guy to make the ultimate decision. Unfortunately, they’re still waiting and most are unhappy, but stuck.”

Tanya – “I stayed in a relationship for four years that was very gratifying in many ways, but I wanted to get married, and my boyfriend kept putting me off with acceptable excuses. So, I set a goal that if he hadn’t proposed by a certain date, I was moving on. When the date came, and nothing happened, I broke off the relationship and a week later he proposed.”

Maria – “I had been hanging onto this guy for seven years. I was so tired of being introduced as his “friend” or girlfriend, and complaining about it was fruitless. Finally, I found the courage to free myself from the bondage of needing to be in a relationship. For years, I had a false sense of belonging to someone, who I came to realize didn’t share that feeling. Also, I came to realize that a real sense of belonging comes from being in a marriage, not being a girlfriend.”

Pam – “I have made it a practice not to embrace the girlfriend status for more than a year, because I don’t think it takes that long for a guy to make up his mind for love. My feelings are, if he loves me, he’ll want to marry me and take me off the market. For me, it’s all in how you think and what you are willing to hold out for and/or accept.”.

Kim – “Men are prone to change girlfriends like they do diapers on a baby. Therefore, there’s no real value to being a girlfriend unless that’s all you want.”

Cecelia – “I watched my mother be a girlfriend for twenty years, and that experience was enough to let me know that my relationship decisions would be different. The two things that stand out in my mind was that my mother had sporadic companionship and she didn’t feel respected as a girlfriend, but she clung to him anyway because she didn’t want to be alone. When he died, he didn’t leave her a dime and her suspicions were confirmed about him seeing other women throughout the relationship. Therefore, because of what I watched my mother go through, I am concentrating on platonic relationships only with potential for romance. I don’t want to be a girlfriend. I want to be a wife, and that’s what I’m holding out for. The next man I sleep with will be my husband.”