Stalking: The Women Who Do It 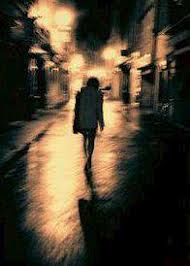 Studies show that most stalkers are male, but it seems that more females are getting in on this act. Women are more known to target someone they’ve had personal contact with, and there are a number of reported cases where females are stalking other females.

When a friend recently gave a sizable donation to a woman representing “a viable charit the woman became a stalker who made her life miserable with obscene phone calls and wild declarations of love. A recent study done by the M Institute put stalkers in several categories, but there were three that stood out to me because I know personally of cases where these behaviors took place.

Rejected Stalkers – pursue their victims in order to reverse, correct or avenge a rejection, ie, divorce, separation and termination. A former classmate’s wife shot him to death on the steps of the courthouse, after he was granted a divorce. She had been stalking him since the breakup and threatening him with violence, but I heard later that he never believed she was serious. 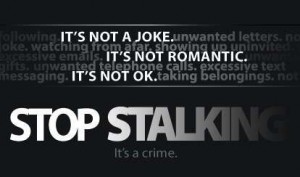 Resentful Stalkers – pursue a vendetta because of a sense of grievance against the victims – motivated mainly by the desire to frighten and distress the victim. A few years ago, a co-worker, who had been fired, stalked her former supervisor, and stabbed her one day as she was getting in her car. She survived, and ended up leaving town out of fear that the woman would get out of jail and come after her again.

Intimacy Seekers – The intimacy seeker seeks to establish an intimate, loving relationship with their victim. In their minds, the victim is a long sought after soulmate, and they were meant to be together. I had a personal experience with this, when I met a woman at a jewelry party. We exchanged business cards after laughing and talking all evening, and she turned out to be a world of trouble. The first time she called, she announced she was a lesbian and that she felt we were destined to meet. I informed her that I was heterosexual, and that I had made a mistake in giving her my number. She began to call me at work at least ten times a day whispering terms of endearment on the phone. She finally stopped calling when I threatened her with bodily harm.

Almost daily somewhere in the country, there is a newspaper account 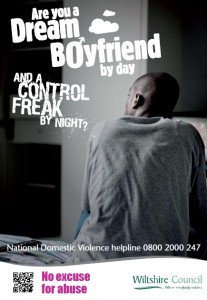 of a woman who has been stalked and murdered by an ex-husband or boyfriend. Unfortunately, domestic violence by men is almost common place in this country, but the growing rate of female stalkers is not as prevalent in the news.

A college professor was stalked for over five years by a former student, whom he befriended. She showed up at his wedding and caused a scene by pushing his bride in the hotel fountain. She would call him constantly no matter how many times he changed his number. She was obsessed with having him and the threat of arrest or eventually jail didn’t stop her. The harassment didn’t stop until she was killed in a car accident.

I used to work with a guy who broke up with a longtime girlfriend to marry someone else, and she went ballistic. She turned into a stalker who followed him everywhere, and when she could get close enough, she would spray him with pepper spray and run. Meanwhile, he almost lost his mind. The harassment finally stopped when he beat her up real bad, and she landed in the hospital. She did not press charges.
Statistics show that though men are more notorious for stalking than women, women stalkers can be just as dangerous.

For example, women who stalk are often more discreet about it than a male who pursues the same activity. This might be related to the comparatively small physical stature of women. Where a male stalker might come right out and be obvious about following his target, a female stalker will hide in the shadows to avoid detection. Studies have also shown that female stalkers prefer to use electronic communications, phone calls and other round-a-bout methods of stalking their targets. For instance, they might send a male victim fifty text messages in one night, ranging from threats to declarations of love. This is less common among male stalkers, who are more likely to escalate into physical violence before being discreet. Here are a few tips on how to deal with a female stalker.

Don’t Send Mixed Signals
If you know you have a female stalker, avoid giving her attention or trying to let her down easily, especially if you know her in person from work or a social situation. Any attention might convince her that you are returning her feelings, and might lead to more forceful displays of affection.

Report The Situation
Since a female stalker is more likely to target a male, they often get away with the abuse they inflict because men are less likely to report abuse. They assume they can handle themselves, and don’t want to be viewed as weak in the eyes of authorities. However, women can become violent as easily as men, and some women will back off once they’ve been confronted by the police, so don’t hesitate to file a report.