Just How Clean Are You? 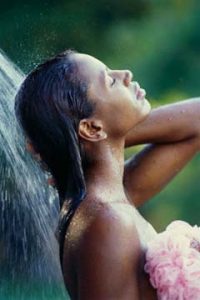 I recently made a startling discovery.  Everyone does not define body hygiene the same way.  The road to this revelation began one day, when I was having a conversation with a friend about what happened when I ran into a handsome ex-co-worker who I used to admire.  I recalled how I used to stare at him, and how he never noticed me in the way I wanted to be noticed.  He was always dressed to the nines in the most expensive clothes, and this day was no different.

Since we hadn’t seen each other in awhile, we hugged for the first time in greeting, and I was stunned when I noticed he had a strong unclean body odor.  It was the kind that is usually associated with undergarments that had not been changed in awhile.  It took me aback because he looked so immaculate on the outside.

However, when I mentioned to my friend that it was apparent he hadn’t showered that day, she became defensive and claimed that she didn’t shower every day either, and she knew very few people who did.  Huh?  That was news to me.

One word led to another and we ended up in a heated debate about whether or not the changing of underwear was a daily routine for most men and women.  I said yes.  She said no.  Her claim was that most people had different concepts about cleanliness.

When I hung up the phone, I was convinced that she was wrong.  I was certain that most people had developed the daily habit of showering, changing their underwear, and using soaps, perfume and cologne to maintain a fresh scent aura.  I remembered dating a guy once who also held the opinion that one didn’t need to shower everyday, but our relationship didn’t last long.  I think it was due to the fact that his body odor began to reflect his philosophy.  At the time I considered his opinion off center and unusual.

However, when I spoke to a friend later who is a nurse in a doctor’s office which caters to a very upscale clientele, her comments sent me on an odyssey into the world of hygiene that was shocking.

She spoke about how common it was to see men and women in expensive attire, with unclean body odors that she felt were a direct result of either improper wiping after bathroom use, failure to shower daily, and/or unclean underwear that was not regularly changed.

After I spoke with her, I decided to do a study on certain hygiene habits of both men and women.  I interviewed over 100 people about their daily hygiene habits and I was surprised at how candid they were.

Here are my findings:

Special Note:  Overall, the men and women both agreed that cologne and perfume were an important part of a person’s sex appeal.  However, in this group, 25% of the men never wore cologne, yet all of them preferred a woman whose perfume scent was part of her package.

I recall vividly a very offensive comment a guy made to me a couple of years ago, when we were on a date, and out on a dance floor snuggled up.  He told me that he liked my hair, but it didn’t smell fresh.  I remember immediately walking off the dance floor, grabbing my coat and leaving the club.  He followed me out to my car apologizing profusely, while claiming that it wasn’t his intent to offend me, but I was deeply offended.  Though I never spoke to him again, I never went out on a date from that day forth without washing my hair first.

What do you think?  Shower everyday or no?