The One Unspoken Guy Rule 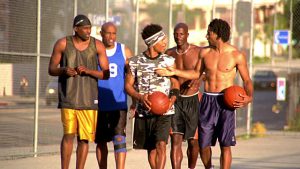 My cousin once asked me if a woman would be considered too aggressive, if she approached a guy at a party and asked him to dance.  I told her not necessarily, but she had to have the confidence to sustain her just in case she was rejected.  I also explained that this kind of act usually works best when a woman sparkles with personality and looks good as well.

She recounted an incident where she spotted a very handsome guy at a party and asked him to dance.  He agreed with a silent nod, but when the dance was over, he walked away without a word.  Later, with her ego smashed to the core, her girlfriend accused her of being too aggressive, and surmised that the guy probably accepted her invitation as a courtesy to her request.

I explained that women are more acceptable to a guy, when they are assertive as opposed to aggressive, and there is a big difference.  For the average guy, aggressive could be seen as taking on the man’s role as the conqueror while assertive could be viewed as going after what you want in a manner which exudes charm and personality.

Even today, men are basically old-fashioned and can be  thrown off  by women who appear to take on the guy’s role as the pursuer.  The average guy is more comfortable doing the choosing.  The average woman is likely to be more successful in getting what she wants if she’s assertive in a palatable sense.  There is an art to being assertive, and men love women who have developed the skill of using their imagination and creativity to get their attention.  However, a woman also must concentrate on being very attractive, if she is to be so bold.  For assertiveness on a woman is not good without an appealing look.