Who Men Marry And Why 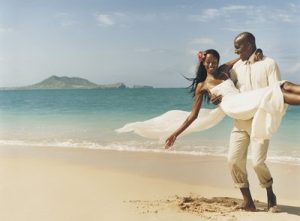 Sweetest Day did not live up to its name for me this year, for a couple of reasons.  First, because I didn’t receive a card or flowers from a romantic interest and I had to hold the hand all day and night of a friend whose ex-boyfriend’s wedding happened on that same day.

She was distraught because she had been involved with him for two years and he had chosen to marry another woman.  She was blown away by “the betrayal.”  He had said he’d never marry, and she pretended it didn’t matter.  But it did…and when he ended their relationship she became a basket case.

Through her tears that day, she kept repeating the question over.  “Why did he choose her over me?”  A question that often falls from the lips of many a woman who stood by helplessly and watched her “love” choose to cross the threshold of marriage with someone other than herself.  I ought to know.  The same thing happened to me three years ago.

I was head over heels in love with a man who was the master of innuendo.  I was convinced by all his hints about marriage that I would be the one he chose.  But I was not.  He broke up with me one week and got married the next.  She was no beauty and it took me a whole year to get over the pain of rejection after spending hours trying to figure what she had that I didn’t.

At 37, I have never been married, and I used to spend a lot of time feeling sorry for myself because no one had chosen me as a bride.  Then I began meeting more women my age and older who had never married, and I began to feel better about myself, but I was still perplexed.

Why hadn’t I been chosen, and what makes one woman a better candidate for marriage than another?   The answer is simple…They marry who they want for reasons too complex to understand.

Will was a man who lit up a room like a movie star.  He had it all.  Looks, charm, money and brains.  He also had a quiet power that was fascinating to watch.  I had known him since high school, and he had always been a study in character, because he could be kind one minute and ice cold the next.

He would gravitate quickly to the prettiest face in the room and then turn away abruptly if she was too eager to be with him.  He vowed he would never marry, so it was a shock when he did.  He loved glamorous women, but when he suddenly decided to get married, he chose a woman whose personality and polish was the most glamorous thing about her.

At his wedding, the church was filled with beautiful women weeping loudly like they were at a funeral.  His male friends thought he had flipped or that the bride had a large sum of money stashed in a Swiss bank account.

Later, when I asked him candidly why he deviated from the glamour arena when he chose his bride, he smiled and spoke introspectively.  “Beauty took on another meaning for me when I met her.  I discovered a beauty I had never seen before.  A spiritual beauty that I found irresistible that quenched my thirst and satisfied what I thought was an insatiable desire.  Before now, a beautiful woman could disrupt my agenda regardless of how important it was.  But I began to tire of the bright lights of glamour that have a tendency to dim as you get in close.  I feel enlivened when she’s with me in a way I’ve never experienced with any woman.  She has a different kind of beauty, that I find sexy..”