Dating And The Money Issue – The Dispute 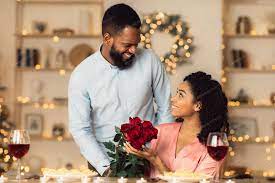 Two months ago, I met a beautiful woman at a corporate party when she walked up to me at the bar and offered to buy me a drink. Two nights later, we met for dinner and she insisted on picking up the tab.  Three nights later, she invited me to her apartment for a seven-course meal that included steamed lobster and a white-jacketed server.

The following week I invited her out to dinner at a high-end restaurant and picked up the tab.  We began dating regularly and I knew I was smitten when I took her to a $350-per-ticket concert and ended the evening with an expensive meal at a popular high-end eatery. The dates became frequent, with money being spent pretty fairly on both our parts.  I was delighted at finding a woman who didn’t mind bringing her wealth to the table in an effort to pull her social weight.

Then suddenly what we had ended abruptly.  She had a birthday and I sent her a dozen long-stemmed roses she responded by sending me a text with a photo of the roses with the word “CHEAPSKATE.”  When I finally reached her by phone, she angrily expressed her disappointment with my gift.  She thought I should have bought her a more expensive gift like jewelry or a pair of Ferragamo shoes since I knew she loved shoes.  She argued that because she was such a “free spirit” when it came to sharing the cost of dating, I should have gone all out on her birthday to show my appreciation.

She hung up and blocked my number when I told her I thought it was a little too soon for such gifts and I found her attitude to be a little demanding for someone I had just met.

However, the real shocker came when I took an informal poll at my office among my co-workers on what happened, and the results were split evenly.  All of the women agreed with her and all the guys agreed with me.  The female position was that the expense of dating is mainly the financial responsibility of the guy, and since she was so generous, the roses alone were insufficient.  The guys all agreed that my act was appropriate, and that dating should be a shared expense and she was just too demanding.  What do you say? Let us hear from you.