Deceived – When He/She Is Not Who You Think … 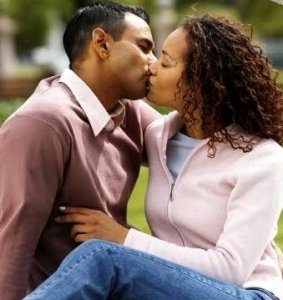 For those who have been deceived, tricked, and bamboozled by the outward appearances of lovers, potentially or otherwise…know that you are not alone.

Dana:  “When I met my husband-to-be, he was in church singing in the choir, and was the most eligible bachelor in the church.  He had what everyone called “a holy nature,” and I was certain that God had finally smiled on me.  However, two weeks after we “cut the cake” in front of hundreds of well-wishers, I caught him in our bed with one of the choir members when I came home from work unexpectedly.”

Fiona:  “I used to work with a guy who I admired because he was not only good-looking but very polite and affable.  I flirted with him at every opportunity, but he never flirted back.  Then one day out of the blue, he asked me out, and I hopped at the chance.  We went to dinner and afterward, he invited me to his place for drinks.  But when he closed the door of his apartment, he suddenly changed into a monster and demanded sex.  When I refused, he beat and choked me and threw me out in the hallway.  I was beaten so badly  I had to be hospitalized.  Later, when he was arrested, he claimed self-defense.”

Norm:  “The guys and I were out at a club one night when a friend spotted a gorgeous woman on the dance floor who magnetized him.  He hooked up with her, and they ended up smooching in a corner for the rest of the evening.  When they got up to leave together, the bartender pulled me to the side and informed me that the woman, was really a man, and to warn my friend.  When I whispered in his ear, he went berserk and snatched off “the woman’s” wig.  I laughed so hard I couldn’t drive, and my friend, who was riding with me, vomited all the way home.”