Story Of The Week – Fickle Or Fate? 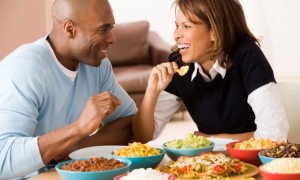 Brent was having a hard time making up his mind.  He was involved with two women and both wanted to get married and were pressing for more time and more serious commitment. He was tired of trying to keep two women happy, but he was having a problem choosing between the two.

He was drawn to Lauren’s strong will, but they argued a lot.  He hated what she liked and she found what excited him to be boring.  Yet he could talk to her about anything.  She was also smart and he needed someone who could help him think.

Diane, on the other hand, was different.  She was quiet one moment and highly spirited the next.  They seldom argued and they enjoyed some of the same things.  He loved her sense of humor and her courage.  He also admired the way she went after what she wanted.  Unlike Lauren, she didn’t try to re-do him.  He appreciated her strength and was fascinated by her lack of fear.

Diane accepted him for who and what he was and never criticized him.  With Lauren, everything had to be planned, while Diane was always ready to go at a moment’s notice.  Lauren would go to sleep on the phone, but Diane would talk until he got tired.

However, three months later, out of the blue, he suddenly dropped both Diane and Lauren and became engaged to Sara, whom he met on a train platform while on his way to meet  Lauren for dinner.  He claimed that Sara brought more vitality and energy into his life than he had ever experienced before.