From Dowdy To Dazzle 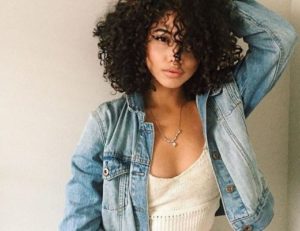 I remember it well.  The night my life changed.  I was on a blind date with a guy my sister had arranged.  When I stepped out my car and saw him, I was thrilled and intimidated at the same time.  He was a star and instantly I felt out of my league. Though he was polite throughout dinner, which he tried to sprinkle with a few jokes, it was clear he was not pleased with my appearance.  When I ordered dessert, he made a long sigh, as if he was bored.  It was obvious he was ready for the date to end, as he excused himself to go to the men’s room.

When he returned, I had cancelled the dessert and had my coat on.  He smiled for the first time all evening.  He was so relieved that the evening was ending, he almost forgot to pay the check.   We parted with polite goodbyes, in pure knowledge that we would never see each other again.

Driving home, tears stung my eyes, as I experienced more self-pity than anger.  I knew I wasn’t at my best self, but I had gone anyway with high hopes.   I was 150 pounds overweight and wearing a weave that had seen its best days.  I hadn’t laughed at any of his jokes because I felt very self-conscious about my teeth.  Some were discolored from a past smoking habit, and one in the front was broken.  When I got home, I took off all my clothes, and stood in front of the mirror.  I studied myself carefully.

After staring at my reflection and crying for over a half hour, I had a epiphany.  I realized I no longer cared about myself, because a man had stopped caring for me.  And he wasn’t just any man…he was the one I wanted.  When he walked out of my life two years before, my self-esteem followed him out the door.

I decided that night that I would go through the trash of my disappointments in search of my self-esteem and rejuvenate the woman I used to be.  I began by erasing the cloud of loneliness and rejection out of my head.  For the first time in months, I prayed for spiritual relief.  I began the next day by purchasing the book, “The South Beach Diet,” and making an appointment at the hair salon, and the dentist.  I also took the day off work and joined a nearby health club.  In addition, I made a major decision about adding discipline and consistency to my life.  I decided to transition from a size 22 to a size 10, and that I would accomplish it in six months.

I threw out all my “joy” foods like ice cream, chocolate cookies, polish sausages, frozen french fries and pizza.  Then I decided to wear my own hair.  I had it cut in a short cute style, which was low maintenance and gym-friendly.  I sat down and began an attitude makeover, by composing a list of what I liked about myself, and what I didn’t.  The results were astounding.  One thing I realized through some serious soul-searching was that my shyness was due to a fear of being accepted.  I’d figured out that I didn’t make friends easily because my self-esteem convinced me I had little to offer to make others like me.  I decided to become friendlier at work and at church.  I began speaking to people first instead of waiting on them to speak to me.  Remarkably, after several trips to the dentist, I felt better about my facial presentation, and I began laughing with my mouth open.

In three months, I lost forty pounds. I went to the gym four days a week and walked three miles on the treadmill. At the end of six months, I was down to a size 10.  Not only did I look better…I felt better.  Suddenly, I had a self-assurance I’d never had before. On the first year anniversary of my rebirth, I asked my sister to invite the guy, who had started my revamping, to join her and her husband for dinner with another blind date, without him knowing it would be me.  He refused at first.  Apparently, he had not forgotten the last time my sister hooked him up.  However, she convinced him that he would be pleased.

At first, my motive for setting up the date was to see the approval in his eyes, when he saw me, and to witness the shock on his face.  It was to be part of my show & tell moment, but it backfired when he walked in the door.  I felt beautiful and desired, as I watched him glide toward our table with his eyes fastened on me with a smile on his face.  When he sat down, he kissed my sister on the cheek, shook hands with her husband, and then completely turned his back to them and faced me with a big grin.  It was clear he didn’t recognize me.

“I don’t know who you are Beautiful, but I know I’m in love already, and that you’re going to be my next wife.”  Everyone laughed…including me.  I decided not to break the momentum by initiating my plan for confession.   I didn’t tell him who I was until he walked me to my car later.  He was shocked and visibly shaken, as he closed his eyes and began to apologize profusely for his behavior on our first date.  I accepted his apology.

The next morning I called and invited him to lunch.  That was a year ago, and last week after a year of dating, he proposed on a Ferris wheel and gave me a beautiful diamond ring.