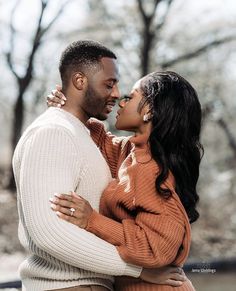 Xavier: “I can always tell when I’m on a date with a woman who sees me as a substitute.  Though she’s with me, I can tell by the way she eyes other men, that she’s open for something more.  The look in her eyes says loudly, though I’m with this guy, he’s no one special and I AM available.’  When I recognize that look, I end the evening quickly.”

Jon: “When a woman likes you, she won’t let anything stand in the way of being with you. I was dating this woman who told me she was too busy to see me because she was taking night classes.   I knew she was no longer interested, and I stopped calling.”

Kayla: “When I overheard my boyfriend of three years in his bathroom whispering sexual innuendos on his cell phone to another woman, while I was supposed to be in the living room listening to blasting music, I left. I went outside and flattened all his tires.  He bought me an engagement ring the next day, but I was no longer interested. ”

Minta: “I stayed with this guy for eight years, and he kept promising to marry me as soon as he got some fictitious financial situation straightened out. In the ninth year, he informed me one day that he had fallen in love with someone else, and that he was moving out.  I tried to commit suicide the next morning, and he didn’t even come to the hospital to see me.”

Gigi: “I accidentally picked up my boyfriend’s cell phone and took it home. When my curiosity got the best of me, I began listening to some of his messages and was shocked to hear a very provocative message from one of my best friends inviting him to come over again for more fun in the sack.”

Sasha: “I was standing on a downtown corner once when a real good-looking guy approached me of Arab descent told me I was the prettiest woman he’d seen all day. He pressed his card and a $100.00 bill in my hand and said if I ever wanted to join him for a lunch to call. The next day I was so intrigued, I called the number on the card, but I hung up when a woman answered.”