Point Of View: “How I Cured Myself Of Dating Despair” 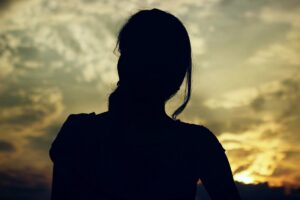 How I Cured Myself

The setting was romantic. The lights were low and the music was soft, as I sat across the table from a man who had taken my appetite away.  He was perfect.  He was tall, handsome, resplendently dressed, articulate, funny and respectfully employed.  I liked his hair, his eyes, his shoulders and the way he pronounced my name.

This was our fifth date, in less than a month and I was convinced he really liked me.  As usual, I was excited about being out with him again…but this night something wasn’t quite right.  I couldn’t put my finger on it and neither did I want to.  There had been some strange aura coming from him since the beginning of the evening.

But I just wanted to enjoy the moment and picture the possibilities.  I had already starting imagining him on one knee asking me to marry him.  But wait…what did he just say?  I pretended I didn’t hear him. He cleared his throat and repeated it again.

“I have a confession to make.  I am engaged to another woman, and I have been seeing you in an attempt to sort out my feelings about marrying her…and I have.   I don’t mean to hurt you, but I realize now that I do love her, and that I can’t see you anymore.”

My mouth flew open, but I could not speak.  Those words could not have come from the same man who walked on the beach with me in the moonlight and spoke of love and its longevity.  I left the table without responding.  But that incident changed my life, and my search method.

This was not the first time I’d been in the middle of a “dream” relationship that suddenly ended in the midst of euphoria.  I had been bruised before and left to lick my wounds with a bitter tongue, while I scratched my head in wonder.

After that incident, I became very discouraged over what seemed to be an epidemic in high proportion of idiotic men who played with the feelings of a woman like a cheap toy.  Some of my experiences would make a best-selling novel.  But from those experiences, I learned two things that saved me from dating despair.  I realized that they weren’t picking me, I was picking them.  I had ignored all “disaster signs” like…”I’m just busy”…”I can’t”…and “not now”… for my ongoing need for male attention.

I decided that the best way to save myself from the clutches of male disappointment was to begin listening when I met a guy and seek his friendship before I sought anything else.  I discovered that what a man says and does is a real inroad to who he really is, and how he feels about you.

Of course, I had to force myself to become immune to the “blinding lights” of good looks, swagger and successful credentials, which often serve as a superficial cover to a man’s true character.

I also learned that guys don’t fool us, we fool ourselves.  We do this, because we want what we want so badly, that we chase reality away with an oversized broom.  I discovered that if you can find out enough about a man to like as a friend, you have an excellent basis for romance.  I came to the conclusion that if I use my friendship qualifications as a barometer for connecting with an attractive man, I’ll lessen my chances of being hurt or disappointed.  Hence, my expectations and the need for personal desires to be met, will not be a distraction from the real issue.  Does he really qualify to be my “soulmate?”