Inside The Mystical Mind Of Mr. Right 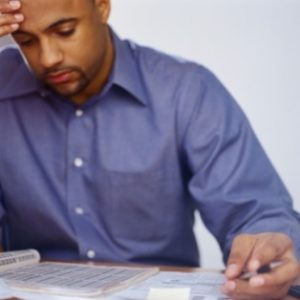 It was two days before my birthday, and for the first time since my divorce, I was faced with a crisis. I was dating two women and I wasn’t sure who I wanted to spend the day with. The one thing about being married is that you never have to worry about who you’re spending a special day with.

Dana called and wanted to know what I wanted for my birthday.  I knew it was her subtle way of letting me know she expected to spend the day with me.  Then, Lisa called later to remind me that “we” were invited to a dinner party the night before my birthday. It kills me the way she refers to us as if we’re married or scheduled to be.  I know if I spend that evening with her, I won’t be able to unhinge myself from her grip for the next day.

I’ve got myself in a fix because I can’t make up my mind which one, if either, I want to be with for my birthday.  At this moment, I’m seeing two women. This time last month, I was “involved” with three women.

Elana, however, was somewhat on the fringes because I didn’t see her that often.  She knew I wasn’t ready to be serious, and unlike the others, she never pressed me to be.  She seemed to understand or didn’t care that I was seeing other women.  She never appeared ruffled in the least, when my phone would ring off the hook when we were together.  However, she became very angry when I got my dates screwed up, and accidentally stood her up on her birthday.

I didn’t realize what I’d done until I got home the next day from Dana’s and heard her voicemail wondering where I was.  Unlike the others, though Elana was the most exciting, she wouldn’t sleep with me.  Therefore, I was never pressed to spend time with her and I hadn’t talked to her since that unfortunate incident.  She told me to never call her again, but I haven’t felt right since.  I deeply regret making her angry.  She’s a beautiful soul, and I miss her spirit.

Lisa is the highly emotional one and the prettiest with a personality that can sometimes be a little brash.  However, she’s unpredictable and I like that.  Dana, on the other hand, is quiet, doting, and mystically convinced, (though never spoken.) that I’m her future husband.  She is truly a “designing woman,” who is always planning “fun outings” to visit model homes and antique shops.  There is something about her that reminds me in a good way of my ex-wife.

It’s odd. Elana was the first woman since my divorce whom I felt a strong attraction.  Sometimes I felt like I was falling in love with her.   I wasn’t sure.  Right now, my head is muddled.  The good thing is that I have spoken no words that would indicate my commitment to anyone.  I realize that despite expectations,  I am a free agent.  I can go and come as I please. I decide to call Elana.  I wonder out loud if she’ll talk to me?

The next day I’m befuddled.  I sit with my head in my hands. After two hours on the phone with Elana last night, who told me she never wanted to see me again until I got my head on straight, I asked her to marry me.  I knew I loved her, as soon as I heard her voice.  I’ve been miserable this past month without her, and I didn’t know why.  I did not plan to propose to her.  It just happened. It caught me by surprise. I realize after I purged my soul, that she was all I could ever want in a woman.  I ended up spending my birthday with her.