Inside The Secret World Of Pretty Women 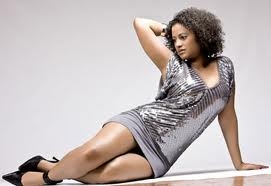 I listened intently, as my (very pretty) twenty-two-year-old sister, who was on her way out the door to go clubbing with her girlfriends, complained about the makeup of the group.  She had just found out that one of her friends was going who she wished wasn’t going.  The reason was enlightening.

According to her, when this girl was out with the group, she stole all the attention away from the other girls because she was so pretty.  “The men never look at me,” she moaned.  “Because they’re too busy trying to get her attention.”

After we hung up the phone, I thought about what she said, and how I used to feel the same way when I went out socially with a friend, who most deemed beautiful.  This girl was tall, shapely, and very outgoing.  She was also very confident, and the guys would practically knock the rest of us over to get to her.

She was one of my dearest friends and I truly enjoyed her company, but I enjoyed her more when we were not in a public setting.  The reason was that I felt less than attractive around her.  Her hair always seemed wind-blown and sexy, where mine felt wind-thrown and burdensome.  Whenever we were out, it always felt like she was the only one having fun, and I was merely an observer on the sidelines of her social life.

However, my self-esteem was finally upgraded one night when we were at a party, and I spotted this gorgeous guy on the other side of the room.  This hunk was staring intently in our direction, and though I was convinced he was staring at my friend, I couldn’t stop watching him through my peripheral vision.  When my friend got up to go to the bar, my heart thumped hard in my chest, as I anticipated the inevitable.  I expected the guy to follow her to the bar, but instead, he came over and asked me to dance.

I was so shocked I almost stumbled when I accepted his hand.  We ended up dancing all night together and having breakfast the next morning.

It was then that I learned that pretty means different things to different people and how pretty you are has a lot to do with how you see yourself.  After that night, I began to view myself differently.   I became more comfortable going out with my friend because I became more comfortable with my own beauty.  I have also come to the place where I understand being pretty is really in the eye of the beholder.

Based on all that we see, hear, and feel, beauty is relevant, important, and powerful.  By nature, as a society, we shun the ugly for the pretty…and most women buy and do all we can to help us be considered as such.

It’s a known fact that being pretty will open doors and pave the way, but do they receive better treatment?  Yes! Even if only for a moment. Is there a real advantage to being endowed with the word pretty or beautiful, or does it really matter?  Yes, it does!  The truth is that pretty woman may get more attention, but they also have to have more than beauty to sustain that attention.