Smitten: From Tingles To Trouble 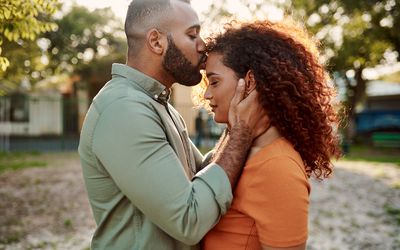 When singles meet, we often close our eyes and hope for the best.  We see what we want to see and then when we do see what we need to see…it’s usually too late.  Here are some examples:

Sandy thought it was cute the way Frank never took things seriously.  She said he was a free spirit, who lived life in an “easy way.”  She boasted about how he never let anything bother him.  When Sandy suffered a stroke and had to be hospitalized.  Frank took off with a bunch of friends on a four-day fishing trip that same weekend.  He told Sandy she would be fine.  After all, she was in the hospital wasn’t she?  Still, Sandy wanted to marry him and was devastated when he told her he wasn’t prepared to take care of anyone but himself.

Leonard’s girlfriend Stephanie was a vivacious woman who flirted her way into Leonard’s life.  She met no strangers and blended right in wherever Leonard took her.  She was bright, beautiful, and bound to get Leonard to say “I do.”  He did and she is still beautiful and bright, but breaking Leonard’s heart with her flirtatious nature.  She winks at his friends, flirts with his male co-workers, and makes suggestive remarks to more of Leonard’s male acquaintances than he cares to admit.  She craves male attention, and Leonard excuses her behavior publicly as “outgoing.”  He takes sleeping pills every night and has nightmares about her leaving him.

Pamela was flattered when her new boyfriend Martin expressed his jealousy.  She thought it was sweet the way he called her after each date.  “Just checking to see if you went out with someone else after I left you,” he’d say.  She thought he was joking.  She said it pumped up her ego – and made her feel desired.  She gushed to her friends that she thought he was the one.  However, when Martin admitted to watching her apartment building at night to see if she went out after he dropped her off and later she discovered him following her as she shopped at the mall, Pamela got a restraining order against him.

Ava was in love but ignored the trouble signs that flashed loudly before her honeymoon with Stan, which included him being temperamental and cruel at times. Yet, she still married him and boarded a cruise ship with him expecting to have the time of her life.  However, it turned out to be a miserable trip.  He was verbally abusive in the presence of other vacationers,  and often flirted with other female passengers in front of her.  During one excursion on land, Ava somehow got lost from the group.  After more than thirty frightening minutes of being lost, she finally emerged onto a road where the rest of the group waited on a bus that would take them back to the ship.  Ava’s new husband began berating her by shouting and waving wildly in her direction. “Would you bring your dumb a__ on!  You’re holding everybody up.”   In the end, it cost her a lot of money and heartache, but she got an annulment when they returned home.

As singles, sometimes we plug our ears and shut our eyes to the obvious when we’re in relationships. These signs are very real.  They sound an alarm in our heads, our hearts, and even in the pit of our stomachs – and we still push forward.  We fantasize about a perfect relationship.  If the one we’re in is not perfect, we (against all odds) tell ourselves that things will change if we just hang in there.   Here are some universal truths.