Met Someone New? – 10 Smart Things To Do 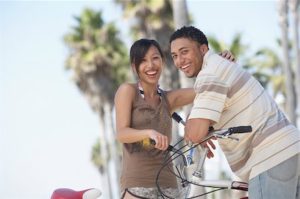 Stay Woke!: Pay close attention to all things he/she says or does. It’s healthy to be paranoid until you know him/her better.

Take It Slow! Develop an “Intimacy Principle” and stick to it. Sex in these times should no longer be a frivolous act.  Sexually transmitted diseases and domestic violence acts too often occur 2-3 months after the initial meeting.

Don’t Be Quick To Dismiss Weird Behavior: If he/she does something weird or strange more than once, don’t go back for a second look. Leave them be. Consider what you saw or heard as a warning!  Don’t dismiss it as unimportant or temporary.

Investigate! Ask around and see if anyone else knows him/her.  Try to get as much information as possible before you get seriously involved.

Honor Your Gut! Never press pass your instincts. If it doesn’t feel right, it usually isn’t.  My friend’s new boyfriend offered me a ride one night from a party she was hosting, and I hesitated because it didn’t feel right.  But I accepted anyway because I needed a ride, and he ended up trying to rape me in front of my house.  I ended up burning him with a cigarette lighter to get out of his car.

Slow Down: Don’t rush to bring him home. Wait until you’re sure, he’s not a madman.  One friend dated a guy for five weeks who climbed through her window one night and surprised her in bed after she had broken up with him.  He ran when she called the police, but it could have turned out much worse.

Restrain Yourself: Be careful of what you tell him/her about you. Don’t get too personal too soon.  Remember, the details of your life in the wrong hands could be a serious mistake.

Cool Out! Take an anxiety pill. Don’t be so anxious for this one to be the one.  Take time to get to know him/her, before you get emotionally charged up.  Let them prove themselves to be worthy of your time and affection.

Pay Attention: Don’t be starry-eyed and quick to believe everything he/she says. Wait and observe cautiously.

Introduce To Your Friends: Don’t keep him/her to yourself, when you first meet.  Make sure your friends meet him/her and seek their assessments.  They may see something you don’t.