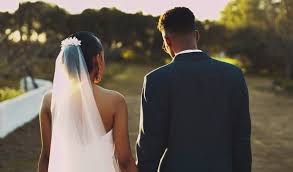 Jolisa: “My sister’s fiance` had been missing for about four months and she had no idea where he was. He had walked out two days before the wedding after a very heated argument and never came back. Therefore, she was shocked when she anonymously received a newspaper clipping in the mail of a wedding announcement in an out-of-state paper of him and another woman..”

Marcel: “The first time I went out with him, he sent me roses, which arrived before he did. When he proposed to me, he had the pilot (we were on a flight to Vegas for a fun weekend) announce that he was about to propose and the stewardess brought me the ring.  Everyone on the plane stood and clapped.”

Karlita: “I married him, but not before I told him I didn’t love him, and that I was still in love with another man. He said he didn’t care.  Four weeks after the wedding he had the marriage annulled because I refused to sleep with him.”

Shelley: “On my birthday, my single boss who I’d been secretly admiring for a long time brought a beautifully wrapped package and left it on my desk.  As I was opening it, I was talking to my girlfriend on the phone and complaining about not having a date for the evening.  To my surprise, when I opened the package, there was a huge bottle of my favorite perfume, and a note asking me to go out to dinner if I didn’t have plans.  The rest is history.”

Michelle: ”The first time I went out with him, I knew he was my husband. I could feel it.  At the end of the evening when he was walking me to my door, he leaned down and whispered in my ear that one day he would marry me.  We married two years later.”