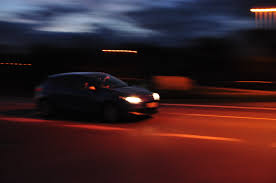 Q.  My best friend asked her fiancé to give me a lift home from her house, recently and when we got to my door he tried to rape me.  I fell getting out of his car, but I was able to escape.  As I ran, he shouted threats at me and told me that if I told anyone, he would hurt me.  I have been scared ever since.  I don’t know what to do.  It’s obvious that he’s crazy and my friend is about to marry him.  I already know that if I tell her, she won’t believe me.  What can I do?

A.  Tell her. What she does with the information is up to her, but she might surprise you.  Be prepared for the worst or the best, but be assured that you are doing the right thing.  Meanwhile, don’t be intimidated by her fiancé’s threats.  File a police report and walk cautiously.  Make sure you let others know he threatened you.

Q.  My boyfriend hates my best friend, and refuses to go around her, and resents our relationship.  Last night, we got into an argument and he demanded that I choose between the two of them.  I’m perplexed because I love him, but I also don’t want to lose my best friend.  What would you do?

A.  I would tell him that loving me meant accepting my relationships with other people and that his ultimatum was appalling, insulting, and unfair.  Then if he persisted, I would probably sever my relationship with him and seek out more mature and less obsessive company.