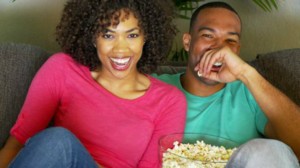 Q.  I have been dating a guy for three months, who has turned out to be the best boyfriend I’ve ever had.  He claimed to be single and unattached, but I found out recently that he lives with a woman he has been engaged to for almost a year. He claims to love me and not her.   Everyone says I should leave him alone before I end up getting hurt.  But I feel like he couldn’t love this other woman and be so attached to me.  He’s still single and engagements aren’t etched in stone.  What do you say/ Should I fight for him?

A.  I agree with “everyone.” There is rarely a good future with a guy who doesn’t tell the truth.  Save yourself some heartache.  It’s hard enough these days to struggle against female competition outside the home.  If one is already in residence, your chances are even slimmer.  Leave him be and tell him why.  If he’s really attached to you, he’ll move out.

Q.  On the train every morning, on my way to work, I lock long eye contact with the most handsome man, and he never says a word. I’m so hooked on him that I dream of him every night.  I know he likes me.  But he must be shy.  This has been going on for five months.  Should I say something and break the spell?

A.  In spite of what you see, there’s no magic here. Here’s a shot of reality.  He is not interested.  Forget him and find someone else more worthy of being dreamed about.  If he was interested, he would have said something by now.  Some guys enjoy flirting from a distance and that’s the extent of it.

Q.  Last year, my best friend (who is not my friend anymore) canceled a trip to Paris, the night before we were leaving, because her boyfriend proposed to her and didn’t want her to go. I had to end up going alone.  We have been feuding for over a year, because she paid half on the hotel stay, and she feels I owe her since she didn’t go.  I feel I don’t.  What do you say?

A.  I say you don’t. She canceled at the last minute, and there is always a penalty for last-minute cancellations.  Her request for a refund certainly substantiates why the friendship ended.