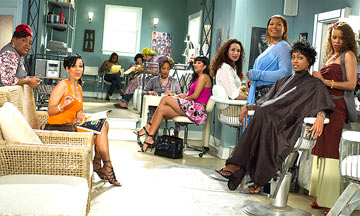 Q.  I was sitting in the beauty salon the other day and overheard a woman in the next chair discussing her new boyfriend. I felt myself straining as she described the flowers and the cozy dinners, but I practically fell out of the chair when she mentioned his name and he turned out to be my boyfriend.  I’m crushed, but also confused on whether or not I should confront him.  I know he will deny any knowledge of this woman.  But I have to let him know I know.  Even though he has never treated me in a manner even close to what she described, I need him in my life.  I was alone too long before I met him.  What would you suggest I do?  I didn’t even get her name.

A.  I would advise you to move on in search of someone who will treat you the way you desire to be treated and should be treated as a woman. There is a reason why a guy treats one woman better than another.  Maybe there is comfort in knowing that there are other lonely souls out there whose “misery club” you’ll be joining, if you continue in the relationship.

Q.  I have been dating a guy for five months who, up to a week ago, has always behaved like a gentleman. We had a date scheduled recently, and when he showed up, he was very upset because he had been fired that day.  The evening didn’t go well because he grumbled and complained all through dinner.  When the check came, I offered to pay for the meal, and he became angry and said he wasn’t a charity case.  He stormed out the restaurant  leaving me stranded.  I was angry, but when he called the next day and apologized, I forgave him.  But I don’t want to go out with him again.  My friends believe I’m being insensitive.  What do you think?

A.  I think you saw what he did as an indication of a behavioral flaw that you don’t wish to deal with and I don’t blame you.  I would have acted in a similar fashion.  To be upset is one thing.  His behavior was inexcusable.