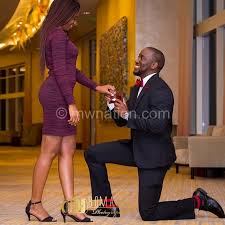 Q.  My boyfriend gave me an engagement ring after proposing to me at my college graduation party in front of a huge crowd. However, a week later, he called and asked for it back after we had a very heated argument.  I refused, and he’s threatening to sue me to get his ring.  I want to keep the ring because I’m certain that we’ll eventually make up.  But he is insisting that I return the ring.  What would you do?  I would be too embarrassed if I had to return the ring.  I’ve shown it to everyone.

A.  Wow…you must have had some argument. I would give the ring back, apologize for my behavior, and wait to see if he wants to make up.  I think you should remain optimistic, but I wouldn’t hold the ring as ransom.

Q.  My buddy’s ex-wife called me to ask me to escort her to a popular event, and I’m torn between going with her and offending him. He has since remarried, but I know he would have a problem with me being out with his ex-wife.  However, I’ve always liked her, and I have a certain curiosity about her.  What do you think?

A.  I think you need to choose the thing that appeals to you the most…the maintenance of his friendship or satisfying your curiosity.

Q.  How can I tell a guy I’m dating who I really like that he has an awful body odor because he’s not as clean as he should be. I don’t want to hurt his feelings or upset our relationship .  Any suggestions?

A.  Send him an anonymous note with a bar of soap, and tell him about the problem. Sign it…a friend.  Maybe, he’ll get the message.