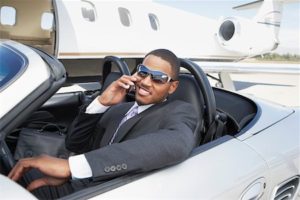 Terry was annoyed as usual as he sat in his car in front of Tara’s house. He had been waiting forty-five minutes, and he wished for the power to drive off, but he couldn’t.  He was mesmerized, hooked, and all the other things his buddies jokingly said he was. He had never known a woman like Tara, and no one had ever affected him the way she did.

As he sat waiting for her to show up for their dinner date, as he always did, he recalled the days when he felt in control of his feelings. Now, there were times when he felt his emotions tearing at him, while Tara sat cool and unruffled by his passion for her. She gave him the impression that she didn’t care if he called or not, and that fact alone drove him crazy.

For him, the shoe was now on the other foot.  In the past, the women in his life would run him down begging for time and attention.  He shuddered as he realized that now he was doing the same to Tara. He also resented the fact that he was always agitated with her nonchalance until he saw her. Then his mood would brighten and his stomach would flutter with a light euphoric feeling that would keep him afloat… until she was out of his sight again.

Suddenly, his phone rang, jarring his thoughts, but when he saw it was Tara calling, he laughed to himself.  He felt enlivened.  He knew her call meant she was still not ready, but he didn’t care, as long as she was still coming.