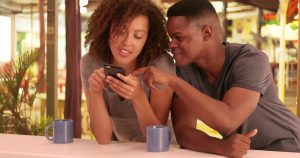 If a single guy is involved with someone else, but not married, is he still considered fair game?

Q.  I am 26 and not dating at the moment. There’s a guy I really like, who wants to date me, but he’s involved with someone else. He claims he can’t break up with her because he doesn’t want to hurt her.  She’s in love, but he isn’t. My friends feel that I should go ahead and date him because he’s not married to the girl. They say there’s always the possibility that I might win him away from her. But I feel deep down that I’m setting myself up for serious problems if I date this guy. My sister’s advice is that all’s fair in love and war. But I want a boyfriend who belongs to me. I don’t want to share a guy with someone else.  What do you think?

A.  I think you’re smart as smart can be. Don’t listen to anything, but your common sense. No self-respecting woman will share a man knowingly if she doesn’t want to.  If you get involved with this guy, you are inviting heartache into your household. If he means well, he’ll come to you after he’s ended the other relationship. Hold out and keep looking for what you want.

Q.  My best friend’s wife leaned on me for years while she went through mental abuse in their marriage. We met her at the same time in college and we both fell for her, but she chose him. Now, they’re divorced and I have grown to love her.  I’m ready to change the relationship, but I don’t want to make a move and lose her friendship.  My brother thinks it would be a violation of my relationship with her husband who has since remarried.  What do you think?

A.  I  think that you have nothing to lose and everything to gain. Tell her how you feel, but don’t expect anything…just hope. I don’t agree with your friend regarding her choice of the past. Feelings change overnight and it is very possible that after leaning on your shoulder for so long that she might be willing to lie in your arms as your wife.  Your friend had his chance and he blew it. Fate may have given you a second chance.  Go for it.