The Training Of A Bad Boy 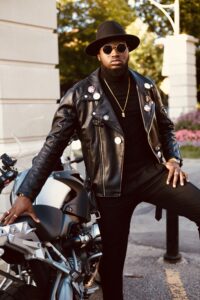 Speak Up…Speak Out…Speak Firmly. Too much can never be said on this subject. We must teach people how to treat us, especially those who have the potential to hold our hearts in their hands.

Example:  Donna met Doug at a conference.  Doug was handsome, cocky and a confirmed bachelor, who often bragged about never marrying. The romance bloomed fast with Doug in hot pursuit. But Doug had many bad habits that he had been carrying around carefully from relationship to relationship and for various reasons, had never been motivated to discard any of them.

He would make a date and show up two hours late or not show up at all. He expected intimacy as a reward for his time, and he demanded that a woman understand that as a single man, he had many female friends, and therefore other obligations. Plus, he did not believe in giving explanations. His standard response was “I’m single. You’re single. Therefore, everyone is free to do at will.”

Donna knew that Doug was basically a good catch because, underneath his ridiculous behavior, she was able to see his qualities. But she also knew she had to groom him to be the kind of man she needed him to be if the relationship was to move forward.

When he showed up for their second date, 2 ½ hours late, (with no phone call), she didn’t answer the door. In a state of frenzy, he called all night, until he finally got her the next morning. Like Doug, Donna refused to answer as to her whereabouts. She simply reminded him of his position. “You were late with no explanation. I thought you weren’t coming. “We just met remember, and we’re both free and single. “Frankly, I’m more interested in spending my time with an A-type than a C type.” Doug was taken aback by her response and indignantly asked her to explain what she meant. She was happy to oblige. “It’s simple. I’m more interested in a quality contact than a mediocre one. You don’t appear to have a lot of respect for women, and that’s one quality that’s important to me.”

Donna got his attention by appealing to his ego in a roundabout way. His own frustration at not being able to reach her aided in his understanding of Donna’s plight when he didn’t show up and her insinuation that he might not qualify to be with her shook up his psyche. The next time he made a date, he was ten minutes early.

However, on the third date, after an expensive dinner and a carriage ride through the park, Doug insisted on spending the night, and Donna expressed to him, why intimacy was best shared between two people who cared deeply for one another, not for payment for dates and gifts. Therefore, she refused his demanding advances and explained that he would have to be monogamous to be in a relationship with her because she was only interested in pursuing a serious relationship. She also told him that if he wasn’t ready, they could just be friends.

Initially, Doug resisted Donna’s position and decided to stop seeing her for a while. He continued seeing other women, but he couldn’t get Donna off his mind.  Suddenly, he only had room in his head for Donna, and he ended up begging her to resume their relationship with the promise that he was ready to be committed to her. Donna took a gamble few women would take. She put her true desires upfront for a shot at something meaningful and it worked. Doug matured overnight. They were married six months later and are still married after ten years.