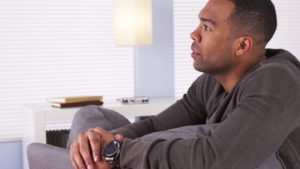 It was over.  But Dave had known for awhile and had kept silent.  Now, his best friend Carl sat across from him with his head down.  He was confessing that he had been seeing Dave’s girl for the last four months.  His voice quivered as he begged for forgiveness.  He spoke about their friendship and how much it meant to him.

Ironically, Diane had confessed the night before, and then, as now, Dave never let on that he knew.  She told him that she had been indiscreet but that she loved him still and she would pray for his forgiveness.

He had listened in silence and had left in silence.  He was shattered inside, but he had not let on.  He knew his silence would be unnerving and he intended it to be.

As he sat listening to Carl, he recalled the day he first saw them together and the memory was painful.  He had just purchased an engagement ring and was rushing to surprise her for lunch.  She and Carl were standing in front of her office looking at each other in a way that was clearly not platonic.

His instincts told him quickly that it was not a chance meeting.  He recoiled in hurt as he stepped into a nearby doorway to avoid detection.  His uncle had been the only person he told.

He could hear his words in his head, as he rose to leave Carl in his misery.  He did not speak.  “Humans make mistakes, but few confess them”…If you love her, forgive her.  Real love is too hard to come by.”

As he left the restaurant, he decided he would break the silence and invite her over.  The engagement ring was still in his pocket.  As he fingered the box, he had a sudden change of heart.  He decided to keep his ring and leave Diane and Carl in his past.