8 Things To Consider Before You Marry … 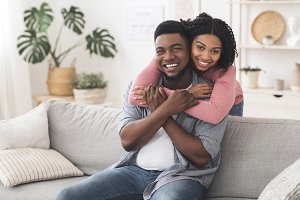 When my friend Kent decided to marry for the third time, I wasn’t surprised.   As a longtime friend, who had chronicled his previous bouts with marriage, I knew he still had no understanding of what he was doing.  He was getting married because he didn’t enjoy living alone and his current girlfriend lucked out because she happened to be current when the marriage bug hit him again.

Unfortunately, when I suggested he pray about his decision to marry, he balked at the idea.  “Man, I don’t need to pray about getting married.  This ain’t no life or death situation.  I know what I’m doing!”   Ironically, it was the same identical comment he made twice before when he got married. Each marriage lasted less than four months.

Marriage needs two things in order to survive, (survive meaning that two people live together in wedded bliss and their existence together is not a miserable one or one that is void of joy and contentment) sincere love for one another and God’s sanction of the union.  Just like we pray and wait on the Lord to heal a loved one, not let someone die or bless our monetary need, we must do the same when choosing a mate for life (and we must not forget that God intends it to be for life).

Here are 8 practical points to consider before marriage.