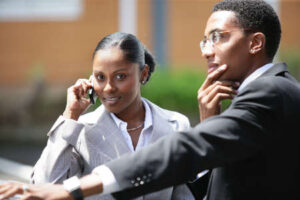 “Lovers make the easiest marks. In the dating world, there is no consumer protection agency, no regulatory body, or task force looking out for earnest seekers of love. That leaves the romantics—open-hearted, primed to trust, longing for intimacy—to fend for themselves. They’re led not by reason and logic but by the belief that somewhere out there is the person who’ll make their life shinier and easier, happier, and complete.”  -Katherine Laidlaw

I decided to write this after a long weekend of debates with a former college classmate who is a very successful businesswoman.  She called to ask my advice about marrying a guy who showed up drunk at their engagement party, and who earns $24,000 a year as a store clerk.  However, she didn’t take my advice, which was to dump him.  But her story is not uncommon. Her case is only one of the many stories I’ve heard this year about some of the choices some women are making in the glorified name of companionship.  The following are poignant examples of how far some will go to be joined emotionally to the opposite sex…and I’m talking smart, educated women who are attractive, but obviously very lonely.

Unfortunately, these stories are not isolated incidents.  These kinds of choices are becoming too common among women in today’s world who are desperate to experience the ecstasy of being in love, and too often it’s to their detriment.