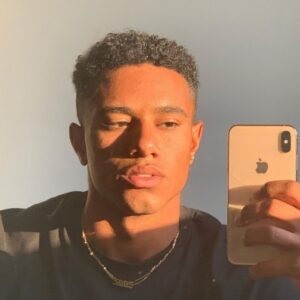 My friend Hank was upset because he had called a woman’s number after meeting her in a club, and discovered it was the wrong number.  However, since I happened to be on hand, when he met the woman, I was not surprised.  It was obvious the woman wasn’t really interested because of her body language, but Hank had his blinders on and missed all the signals.

It has been my experience that most men and women have a hard time expressing their lack of interest in the opposite sex when they cannot return the sentiment or attention.  Instead of being frank, or diplomatic (this word only applies when one is pressed for “the proper response” most of us stutter, stammer, or lie. Example: A guy approaches a woman who he finds attractive, and after making his interest extensively known, makes a common request for a way to have a future dialogue.

Studies show that there are huge numbers of women who give up their numbers regularly to guys who they wished hadn’t asked.  Unfortunately, this inability to properly express one’s disinterest often results in causing various forms of unnecessary discomfort to the person in pursuit.

Inadvertently, when the truth is not told in a creative fashion, false hope is created, which will be destroyed eventually as the pursuer presses on. No one handles rejection well, but men handle it worse.

Those who are subjected to the “false hope scenario,” usually experience a variety of feelings, some of which include humiliation and embarrassment.  However, the development of proper skills can solve this problem if one is sincerely interested in treating others the way he/she wants to be treated.

Case In Point:  My sister is single, very attractive, and gets hit on all the time, but she is also very gracious regarding all the attention she gets.  If she’s out at a party or at any kind of social mix and gets hit on by someone who doesn’t interest her, she smiles appreciatively, and says, “I’m taken, but thank you!”  Therefore, she also leaves them with their ego intact, and they walk away feeling like they’ve just had an encounter with a real lady, who’s committed elsewhere.

On the other hand, her best friend is the total opposite.  She’ll talk to a guy for an hour and not be interested in him or his conversation, and then give him a bogus number.  She calls it “filling the void until someone interesting comes along.”  Of course, my sister is admired by all who know her, and her friend is usually found clamoring for attention from the guys whose interest level doesn’t match hers.

In this life, you really do receive exactly what you put out, and in this case, if you are not genuine in your dealings with others, you will find it difficult not to encounter the same treatment.