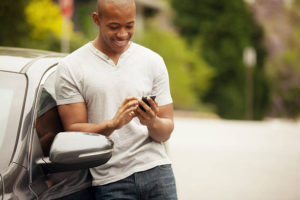 Kareem: “When I refused to “loan” my girlfriend $400 to get her car out of the shop, she broke up with me by sending me a photo of her and another guy in bed.”

Danielle: “I recently experienced the callousness of two men who separately spurned my love and scarred my ego for the flailing arms of another woman. One ended our relationship by leaving a message on my voicemail that he had found a “new love” and the other texted me a photo of him and his “new love” with the word captioned by the word BYE!”

Carly: “I just recently stopped seeing a married man, and my self-esteem has received a major boost. I understand now why he never left his wife for me.  I was always there waiting for any crumbs that were leftover from her table.  But not anymore, from now on I want my own man with no strings attached to him.”

Lisa: “My boyfriend told me one Sunday afternoon after a beautiful stroll in the park, that if he decided to marry, it would definitely be me because he loved me as he had never loved another. Four days later, I pulled up next to him at a stoplight with an ex-girlfriend in the car with him wrapped around his neck.  When I confronted him later, he confessed after several hours of lying that he loved both of us equally, but for different reasons.  He said he was in a quandary about which of us he should marry.  I withdrew from the ‘competition’ immediately.”

Camilla: “My fiancé` stood me up at the altar last year, because he said he still loved an ex-wife he divorced over five years ago, and he wanted to be honest about it. I had to take a sedative in order to stop crying.  The next day, he apologized, changed his mind again, and we were married in a private ceremony at the church.  Two months later, he left me and moved in with the ex-wife.”

Joy: “I loved him up to the moment he told me that I would have to put my son in boarding school in another state if we got married.”

Damon: “I knew I wanted to spend the rest of my life with her when my ten-month-old niece spits up all over her very expensive designer outfit, and she didn’t flinch.”