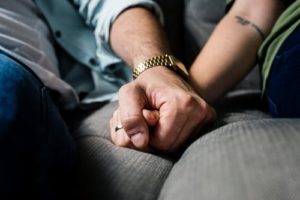 Stephen – 34: “I have been looking to marry for a long time, and like many brothers I’m exhausted.  I am gainfully employed, serious, and ready to start a family.  But it’s not as easy as some think.  The women I meet are either beautiful…but difficult, pretty but boring to be with, or accomplished and aloof.  And I don’t want to end up doing what a friend did recently.  He married someone he didn’t love because he was tired of being by himself and she was the closest thing to his ideal.  I think a good relationship is one of the hardest things to achieve in this life.  But I’m determined to keep trying.”

Dani – 28: “Recently, I went to the doctor’s office on a day I was feeling especially blue about my dating situation.  I hadn’t met anyone in months who sparked my interest, and I was feeling very alone.  When I got on the elevator, I looked into the eyes of the most gorgeous man and blushed openly at the hormonal rush that raced through my body.  I was so shaken by the encounter that I got off the elevator on the wrong floor.  Ironically, when I left the doctor’s office an hour later, the same man was on the elevator again.  We exchanged glances without a word.

“However, the chemistry was so great, it felt like steam was coming out of my ears.  When the doors opened, we went our separate ways, and I went to hail a cab.  As I stood at the curb for what seemed liked ages, the guy on the elevator suddenly pulled up and offered me a lift.  Against personal policy, I got in, and I’ve been on a merry-go-round ever since.  That was four months ago.  We got engaged recently, and I often reflect on how I advanced from feeling lonely to feeling loved in one day.”

Carmella – 31: “I was out on a date recently with the ex-boyfriend of one of my friends, when she walked into the restaurant and caused a scene.  I had been feeling guilty about dating him, but after she found out I was relieved.  I think women should stop being so uptight about passing a man on to someone they know after it’s over between them.  I am convinced that one woman’s trash could be another woman’s treasure.”

Marisa – 34: “Last year, I asked a guy on a date, and I’ll never do it again.  I invited my single boss, who I secretly admired to a party, and when he accepted, I assumed he was as interested as I was.  However, it turned out that he viewed my invitation as an avenue to meet other women.  As soon as we walked in the door, he disappeared.  The next time I saw him…he was talking to another woman and exchanging numbers.  I was so embarrassed by his behavior that I pretended to my friends that he was a cousin from out of town.  At the end of the evening, after he had danced with everyone in the room, but me, I gestured that it was time to go and he suggested I call an Uber because he wasn’t ready to leave.”