Single Scenarios – The Way It Happened… 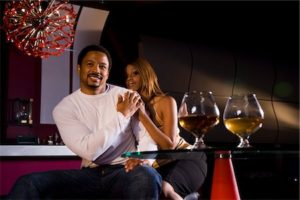 The Way It Happened…

Tom:  “I once made a unique agreement with a woman I was casually dating.  She asked me to marry her because she was afraid she would never marry because none of the women in her family had ever married.  She viewed this fact as a family curse she wanted to break. The agreement was that I would marry her and we would stay married for one year, and then get a divorce. She gave me $50,000 and we flew to Vegas and got married.  However, at the end of the year, I had fallen in love with her and didn’t want a divorce and she didn’t either. “

Hayden:  “My girlfriend was in a wheelchair the day I met her.  I was at a party with a couple of buddies, when I saw this beautiful woman being wheeled into the party.   I was drawn to her immediately.  I heard someone whisper behind me that she had MS, but I didn’t care.  All I knew was that I wanted to meet her, and I introduced myself.  It was love at first sight for both of us.  Incidentally, it turned out she didn’t have MS.  She was temporarily in the wheelchair because she’d had knee surgery on both knees after a car accident.  I’m just glad I wasn’t deterred by what turned out to be false information.”

Carl:  “I told my girlfriend for the first time I loved her, and before I finished getting the words out of my mouth, I felt like an idiot.  She just stared at me without saying a word.  Just as I began to feel awkwardly exposed and couldn’t take the silence any longer, she smiled and told me she was glad to know our feelings were finally in sync.  It wasn’t exactly what I was looking for, but it was better than nothing.  However, that was two years ago, and since she still hasn’t returned the sentiment with words I want to hear, I ended the relationship.”

David: “You never know where you gonna meet that special someone.  I met her at the gas pump.  I noticed her car before I noticed her.  She was driving a new Benz, and she stepped out of it like a princess getting out of a horse-drawn chariot.  I asked if she needed my help to pump her gas, and she said yes. We got to talking and blocking the pumps, and eventually ended up spending the rest of the day together.  I don’t even remember what my plans were that day, but they were definitely put on the back burner after that encounter.  That was two years ago and I’m still pumping her gas now that she’s my wife.”