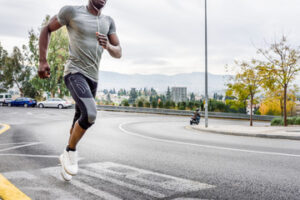 Most of us in varying degrees are image-conscious and compliment-chasers, and for the most part, believe that we have a pretty good idea of how others see us.  But do we really?  For example:

Ken is a health “fanatic.” He is very, very concerned about his body and maintaining its “beauty.”  He jogs ten miles a day to maintain what he views as a “fantastic physique.”  However, his co-workers and family feel that he looks emaciated.  He is almost always described as “the real skinny guy.” Because of his arrogant personality, no one has the nerve or cares enough to tell him what they really think.  He thinks others see a perfect specimen of manhood when they look at him.

Jackie is known as The Fault-Finder. She is quick to see and point out the flaws in whatever everyone else is excited about.  Her peers see her as critical and petty.  But, she’s only trying to be distinguished in the crowd.  She has a need to showcase her mind, which she sees as her only asset.  She thinks they recognize her as the “smart one” because she is placated constantly.  But, in essence, she is viewed as a killjoy.

Jim likes to talk and always says more than needs to be said.  He has a need to explain everything in explicit details.  Intuitively, he knows that the average person’s attention span in conversation is short unless it’s dynamic dialogue.  So he is constantly trying to find the right words to excite and ignite his listener’s interest in what he’s saying.  Unfortunately, his peers consider him boring and literally run when they see him coming.  Everyone is always in a hurry.

Nancy’s relationships never last long. Nancy loves to be demure and coy around men.  When she’s involved with a man, she’s all over him, in the car, on the couch…at the movies.  She rarely sits in the presence of her lover.  She thinks that these actions project her femininity and thereby enhances her appeal.  However, they think she’s attention-starved, and lacking in confidence.

Most of us are not consciously aware that our appearance, ways, and actions are always open to interpretation.  Therefore, we are usually in awe and greatly disappointed to learn that we are seen in a light that is far different from what we thought we projected.  For more insight into what you really project, engage a good friend in giving you honest feedback.