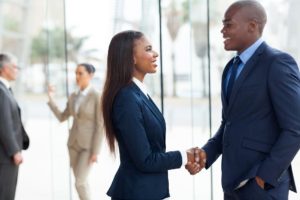 Janine: “I walked up to a fine-looking guy at a party and asked him to dance, after being urged on by my girlfriends, and he told me in a very condescending tone that he didn’t dance with women.”

Eva: “After discovering my newly married husband in an indiscreet position with my best friend, I forgave him due to the bad advice of friends and family.   Two months later, he had our marriage annulled and married her.”

Missy: “When my best friend moved out of town and left her gorgeous boyfriend behind. I called him and invited him out for a drink.  He claimed to be flattered but said he didn’t think it was appropriate because of his past relationship with my friend.  I was so embarrassed and I felt like an idiot for making the call.  But I felt worse when I learned later that he was dating her sister.”

Ken: “Two weeks before I was to marry, I met another woman who completely stole my heart and I knew I could not go through with the wedding.  My sister badgered me to tell my fiancée the truth, so I could be free to be with the other woman.  But when I told her, she hit me in the head with an iron skillet and fractured my skull. When I got out of the hospital, the woman I had flipped over was dating my cousin.”

Kia: “I was on a first date with a guy in a very upscale restaurant, who I was trying to impress, when one of my false eyelashes fell in my soup.  I thought it was a bug and screamed loudly for the waiter. When he came, he saw right away what it was and condescendingly fished it out of the soup with a fork.  My date laughed so hard he couldn’t finish his dinner.”

Hank: “I was having dinner one night in a dimly lit restaurant with my girlfriend and a guy at a nearby table couldn’t eat for staring at her.  I became so enraged that I stopped eating and loudly asked him what was his problem.   When he didn’t respond, I stood to go over to his table but sat down quickly when the waiter came and explained that the guy was blind. “