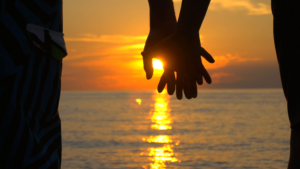 Elise: “It was our first date and I knew we were in trouble when he looked across the table and asked if I had children.  When I said I had two, he closed his eyes and said he didn’t date women with children.  I hate it when a guy asks if I have children as if he’s asking about my medical history.  Single mothers are among the highest discriminated against groups in America.  I have been dating off and on for about three years now, since my divorce, and every man I meet seems only interested in a casual or temporary fling because I have children.  I know several women who don’t mention their kids until after the “magic dust” has settled.”

Kyle: “We had been dating steadily for two months when she became suddenly elusive and non-talkative.  I saw the writing on the wall, so I broke up with her before she broke up with me. When a woman likes you in a relationship, usually you and everybody else know it because she makes it plain.  When a woman doesn’t like you anymore, unlike a man, who can stay on in the relationship while gritting his teeth, her affection suspends in mid-air, and she becomes a good liar.”

Tom: “On a second date with a beautiful woman, she asked me if I could help her pay her rent because she was about to be evicted.  When I suggested she seek help elsewhere, she got up and ran out of the restaurant. It seems like there is a serious shortage of women who appear to be well-rounded, balanced, healthy, and problem-free.  Every woman I meet is either needy, bitter, demanding, possessive, or unreasonable.  Most I meet are hungry for love, want help with their bills and/or their problems, and are under the unbelievable delusion that having a man means he should take care of her.”

Gigi: “We had been dating three months when he didn’t show up or call one night for a scheduled date. When I confronted about his behavior, he became arrogant and informed me that he was involved with another woman and had gotten ‘caught up.’ I dumped him that same day.  I resent being put in the game to play and I don’t know all the players.”

Lila: “I had a night of horrors recently when I went to a party with a new date.  As we entered the party, I spotted my boyfriend across the room leaning over another woman in a very familiar way.  As I began to back out the door to make a quick exit, I walked into my ex-husband who was standing hand and hand with an old enemy of mine from college.  And just as I reached for the arm of my date to usher me out of the madness, his “girlfriend” appeared out of nowhere and snatched him off into a corner.  I ended up walking home because I was in a residential area and had forgotten to put money in my purse.  Home ended up being 20 blocks away and it was a chilly night.”