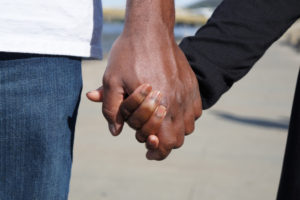 Q.  I just found out that my best friend is secretly dating my sister’s husband.  I accidentally bumped into them holding hands at a barbeque joint in a far suburb of the city.  My brother-in-law was embarrassed and begged me not to tell my sister, while my friend was arrogant and unabashed.  I don’t know what to do, because I don’t want to hurt my sister by telling her, but I hate the fact that her husband is deceiving her.  I severed my ties with my girlfriend on the spot.  What would you do?

A.  I’d tell my sister, and allow her to have the option of knowing the truth and making a decision on it.  To not tell her, would make you a part of the deception.

Q.  I want to know if you believe in love at first sight.  I met a man in the parking lot of the supermarket, and we ended up spending the whole day together.  We began seeing each other and after three weeks he asked me to marry him.  He is well educated, respectfully employed, and very handsome.  My friends think I’m crazy because though I’m somewhat hesitant I’m considering it.  What do you say?

A.  I say, seek God on it and see what He says.  I do believe in love at first sight, and I’ve known couples to marry after only knowing each other for a short while.  However, each case is different. In these times, I would proceed cautiously.  Meanwhile, I would suggest slowing down a bit until you feel certain it’s a good decision.