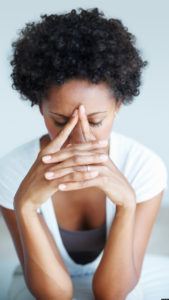 Q.  What would you do if you were visiting your boyfriend’s home and you accidentally overheard him dissing you in a very negative way on the phone?  This happened to me and though it was very hurtful, I never mentioned it.  I was afraid my boyfriend would become angry about me invading his privacy.  But I’ve been disturbed since it happened.  I really love him, but I’m not sure of his feelings after this incident?  What would you do in my shoes?

A.  I would “vacate the vehicle.” In other words, I would tell him what I overheard and end what I thought we had.  I would also wait to meet someone who would be far above saying negative things about me to anyone.

Q.  I loaned my boyfriend $3600.00 to pay his mortgage which was in arrears, and he promised to pay me back and didn’t.  In fact, when it came time to pay, he began avoiding me, and would not take my calls.  Since I haven’t been able to reach him, my family is suggesting I take him to court.  However, I know that will drive a wedge between us because he’s having financial issues and he would be deeply offended.  He gave me a very expensive ring for collateral and I’m considering selling it to get back my money. What would you do?

A.  I think you should try both.  Sell the ring, and if you don’t get your money there, then go to court.  The mere fact that he has disappeared indicates that the “loan” has already driven a wedge between you.  His actions say a lot about his character.  I would dump him in a New York minute!

Q.  What do you do when you find yourself in love with your best friend? We’ve been friends since college, and I recently realized that I’m in love with him.  Should I tell him, and see how he feels, or should I keep my secret to myself?  I don’t think I could take knowing that the feeling is not mutual, especially when there’s no indication that he feels the same way.

A.  Then don’t tell him. If you have never seen anything that could possibly read as mutual affection, and you’re concerned about your feelings getting hurt, then forget it.  But if you can muster up some courage, and adopt a positive attitude like, if he feels the same way, it’s a bonus, and if he doesn’t, I’ve still got a friend, then you can’t go wrong.  But I would be subtle in my approach.  Give him a door of opportunity to change the relationship, and see if he walks through it.