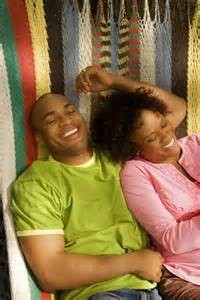 Q.  I was all set to get married next month until I learned by accident that my fiancé is still sleeping with an ex-girlfriend. I intercepted his voice mail and discovered a message she’d left for him regarding their recent sexual exploits and her having second thoughts of still seeing him after he marries me.  I have told no one about this, but I’m incensed over this and feel hurt and betrayed.  I have decided to exact my revenge, by just being a no-show at the altar.  He’s from a very prominent family, where appearances mean everything, and the wedding is scheduled to take place at a big church.  I think it would be a waste of time to confront him, since I’ve made the decision not to marry him.  I’d like your opinion.

A.  Sounds good to me.  Follow your heart. I think the punishment fits the crime.  There’s nothing like being hugely embarrassed when your sins catch up with you.  Good luck.

Q.  I believe my boyfriend is seeing another woman, and my suspicious were confirmed when I followed him one night to a house where he stayed all night and came out the next morning with a very attractive woman.  I didn’t approach him because I didn’t want him to know I followed him.  I watched, as he dropped the woman off on a corner and kissed her goodbye.  How can I let him know I know, without making a fool of myself?

A.  You’ve already made a fool of yourself by following a man you’re not married to.  What’s the point in letting him know you know?  You do know and that should be enough to say goodbye.  You may reap some weird satisfaction in announcing his “unfaithfulness” to him, but it will only be temporary.  The answer is simple.  If you don’t mind man-sharing, say nothing and remain status quo.  If you do, get lost before he does.  It’s probably just a matter of time.