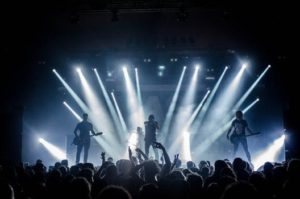 Q.  My best friend is engaged to a guy who is playing her.  I feel like I’m participating in the deceit, because I haven’t told her what I know, and I’m feeling guilty about it.    I recently saw him out on a double date with another woman at a concert.  I became so angry that I keyed his car later when I spotted it in the parking lot.  When my friend told me the next day that he had broken his date with her the night before because he was sick, I felt sick, because I couldn’t tell her I saw him out. I just don’t want to get in the middle of their mess.  What would you do?

A.  Tell her what you know, and let her draw her own conclusions. After all, she’s planning to marry this guy, which makes it serious and necessary to warn her.

Q.  I am about to change my wedding plans because my fiance’s baby’s mama plans to come, and he’s insisting that his child is there. She claims that her child can’t go anywhere without her.  The problem is that she has been a thorn in my side for the past two years with ridiculous acts of disrespect, and I don’t want her within three feet when I take my wedding vows.  What would you do in my shoes?

Q.  I am 36 years old and planning to get married. The problem is that I want a small wedding and my fiancé insists on going to City Hal with just the two of us.  We have been arguing about this, and it’s really causing a problem.  He claims I’m a social butterfly and he’s not.  I just want a memorable wedding.  What would you do?

A.  Use all the charm I had for some form of compromise, and if all else failed, I’d go to City Hall and insist on our two best friends or relatives being there.