Story Of The Week – The Perfect Detour 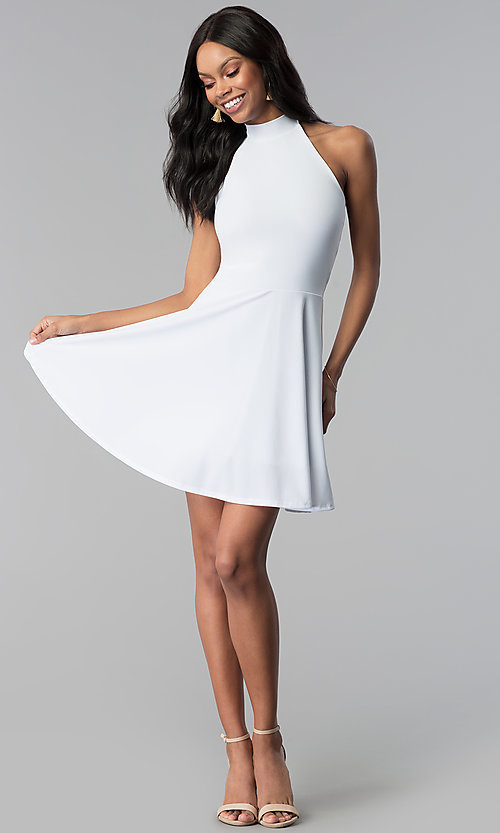 I was getting dressed one evening to go on a date with a guy I’d been seeing for a while when I suddenly lost the urge to go.  As I stood in the mirror, I considered my criteria for real companionship and realized in a flash of revelation that he wasn’t it.  Like many of my friends, for the last couple of months, I had been settling for a guy who served the basic needs of companionship, but we had no chemistry.

I also realized that I enjoyed him better when we were doing things I liked to do because I could indulge myself in a favored activity, and not bemoan the fact that I was out with a man I had no real connection to.

That night, we’d been invited to a party at his boss’s home, and I had agreed to go. The more I thought about it, I became convinced that I should cancel, but when I picked up the phone to call him, my mood abruptly changed, and I decided not only to go to the party but to wear my best dress.  As I dressed, I experienced an odd feeling like something strange was about to happen, and suddenly I felt a burst of excitement.

However, as soon as I finished dressing, two unexpected things happened almost simultaneously.  My date phoned and cancelled because his mother had a heart attack.  Then the doorbell rang, as I was hanging up and my brother, who was notorious for stopping by without calling, stood in the doorway demanding to be let in.

I was all set to give him my usual speech about his impromptu visits when I noticed he had a stranger with him.  A friend I had never met and who was so fine that my words got stuck in my mouth when my brother introduced us. When our eyes met, I knew in my heart that one day he’d belong to me.

Ironically, my brother stopped by to invite me to join them for dinner because his girlfriend was meeting them at a nearby restaurant.  It turned out that I had been a last resort because their double date had fallen through when the blind date arranged by my brother’s girl couldn’t make it.

Of course, I accepted readily and ended up having the time of my life.  He turned out to be everything I was looking for in a companion.  He was smart, funny, and very attentive.  He was also an architect with offices in two states. We hit it off so perfectly that night that we wound up spending the weekend together.

When we became engaged eight months later, he told me that he would never forget the dress I was wearing the night we met.   I’m convinced that the unexpected detour to my house was divine intervention.