Story Of The Week – The Unexpected 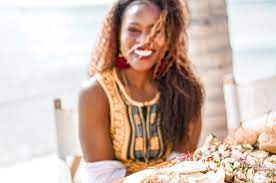 One day, after I ended a relationship I’d hoped would end in marriage I took a business trip alone to New York.  I ended the relationship because I found out inadvertently that he was still seeing an ex-girlfriend. (I caught them together in a restaurant.)

As I boarded the plane, I felt betrayed, rejected, and angry, but my face soon lifted off the ground, because of all the admiring looks I received from men, as I walked down the aisle to my seat.  It helped me remember that I was still as desirable as I had been before and that I shouldn’t allow one incident to alter my self-esteem.

By the time I got to the hotel, I was on a new wavelength of thinking.  I was confident again that the good Lord had something better for me, and I was open to all possibilities.  Therefore, with this new attitude, I dressed carefully for dinner, as if I expected to meet the man of my dreams in the restaurant downstairs.

When I closed the door, I was determined to enjoy the evening, in spite of the prongs of defeat that kept nipping at my thoughts. My mind kept going back my record of failure in relationships, and to the man I mistakenly married four years ago who never even gave me a ring.

As I was being seated in the restaurant, I noticed a very attractive man sitting alone at a table across the room, who was staring at me.  I looked away and tried to concentrate on the menu, but when I looked up again, he was still staring.  This time he smiled and I smiled back.  I interpreted his smile as flirtatious, and I felt warm inside.

As I walked, I processed that I had nothing to lose, and everything to gain.  If he couldn’t answer the question, he would simply say so, and I would turn around and go back to my table.  However, if he was indeed flirting, he would act accordingly and take advantage of the opportunity.

When I reached his table, his eyes widened. I stuck out my hand, introduced myself, and posed my question about the jazz club, to which he quickly answered no.  When I thanked him and turned to go back to my seat, he touched my hand and asked if I were alone.  When I said yes, he invited me to join him for dinner, which is what I was hoping for.

I took a seat in anticipation of having a great meal with a handsome stranger, but I got far more than what I bargained for.  It turned out that he was also traveling on business alone, and that we both lived in the same city, and was going to be in town for the same length of days.  He was a businessman in the construction industry and divorced.  Ironically, it was the first time in New York for both of us.

We had such a great time at dinner that we ended up spending the next three days together (after our respective meetings were over) touring the city and having a marvelous time.  For me, it was love at first sight…but for him, it appeared to be a pleasant encounter with a lovely stranger.

At the end of the week, we flew home together on the same plane, kissed goodbye at the airport, and exchanged numbers.  As I climbed into a cab, I chalked up the experience as a memorable journal entry only and settled my beating heart.

To my surprise, he called two days later, while I was on the phone bragging about him to my best friend.  He wanted to know if I was busy that evening and if not, he wanted me to meet him and his mother for dinner.

It turned out he had been bragging about me as well, which his mother confessed over dinner.   Six weeks later, after spending almost every day together, he got down on one knee in my favorite restaurant and proposed.  He presented me with the most beautiful diamond ring I’d ever seen and a card that read, “To My Dream Girl…The Best Is Yet To Come!