It’s Over! – Why Men Can’t Stand The Truth 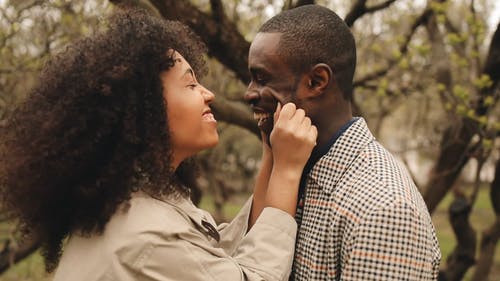 Everyone claims to want the truth when they’re in a relationship, but few are brave enough to hear it or say it.  Personally, I think if you genuinely care about the person and you want out, you feel compelled to be honest, to help them be better…even if it’s for someone else.  Yet, that same honesty should reflect your creativity such as, “I no longer feel we have a chemistry match, which I feel is important to the relationship.”  However, the women I interviewed for this article felt honesty in ending a relationship with a guy is an impossible route to take because of the male ego. .  Meet them…

Brittany – “I ended a relationship with a good-looking, intelligent, generous guy because he had hygiene issues.  But, I didn’t have the guts to tell him about his problem.  I stopped calling him and I used lies such as, I’m busy or I’ve got other plans.  I admit I lacked the guts, to be honest with him, but how can you tell a guy he has an offensive body odor without slamming his ego to shreds. I had been candid before when I broke up with a guy and he became a stalker.”

Lila– “In my last relationship, the guy was handsome, employed well, and very sweet.  But he couldn’t hold a conversation about anything, but himself.  He would bore me to death about work and his “skill” with other women in the past.  Every time I tried to share my thoughts and interests, he’d change the subject or look blank.  When I couldn’t stand it any longer, I lied and told him I was going back to school and I needed to focus.  I knew his ego couldn’t take any other explanation.”

Amy – “The last time I broke up with a guy, I lied so much I felt burdened by my inability to tell him the truth.  This guy had so much going for him, looks, career, charisma, etc., but he didn’t know it.  He was the most insecure man I’d ever met.  If he couldn’t find me when he called, he’d be angry when I returned his call.  He would resent it if my phone rang in his presence and sink deep into silent moods when I mentioned doing anything with friends.  In other words, he was too needy.  When I broke up with him, I told him I was transferring to a new job out of state because I knew he couldn’t take the truth.”

Evette – “I broke up with my boyfriend of two years because he simply was not what I wanted.  Period!  When I met him I was exhausted from looking.  Every guy I’d met prior to him seemed to be competing for “The Playa of the Month” Award.  I was drawn to him because of his sincerity.  However, after two years of being at the opposite ends of the pole and psyching myself into thinking there was nothing else out there, I let go.  I also lied ridiculously.  I didn’t want to hurt him and I didn’t know how to tell him I wasn’t being fulfilled in the relationship.  When I broke it off, I told him I was thinking about joining a convent, because I knew a spiritual reason would be more acceptable to him.”

So, what do you think?  Can men accept the truth and still keep their egos intact?  Are women any better? The men say women are the ones who can’t take the truth. I polled 30 single men and women on this question, and they all said they’d rather have the truth and they could take it.  What do you say?